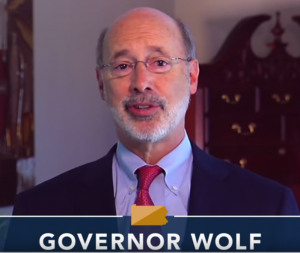 In spite of the failure to reach a budget agreement, Governor Wolf soldiers on, making two executive appointments.

He appointed Rudy Battle as chairman of the State Athletic Commission and former U.S. Attorney David Barasch as Chairman of the Gaming Control Board this past Thursday.

One of three state athletic commissioners, Battle has served on the commission since 2008. Following his appointment by Gov. Ed Rendell, Gov. Tom Corbett re-appointed him.

Having received recognitions from three of the world boxing bodies and been inducted into the New Jersey Boxing Hall of Fame in November of 1998, Battle brings a great deal of experience and prestige to his new position.

As chairman of the State Athletic Commission, his primary job is to enhance public confidence in the officials and regulatory process as well as the conduct of public sports sanctioned by the Commission. In addition, Battle will be overseeing referees’ and judges’ practices to ensure the Commission is supporting only efficient and highly regulated sporting events.

“I welcome the opportunity to continue my service to the Commonwealth,” Battle said. “I am grateful and humbled by the governor’s appointment and the trust he has placed in me. It’s the honor of my life.”

In addition to Battle, Attorney David Barasch will bring knowledge and experience to his new position of Chairman of the Gaming Control Board.

“David Barasch has over 30 years of public service experience – from law enforcement to consumer protection to government,” Wolf said. “He would be an asset to any agency and I trust wholeheartedly that he will continue to serve Pennsylvanians with conviction as he has most of his adult life.”

Having served as U.S. Attorney in the Middle District of Pennsylvania from 1993 to 2001, Barasch earned his office U.S. Department of Justice awards for their initiatives in the health care fraud, public corruption, environment injustice, securities fraud, and complex civil litigation fields.

Prior to his service as a U.S. attorney, Barasch served as Executive Deputy Secretary of the Pennsylvania Department of Revenue. Following, he was the Consumer Advocate for the Commonwealth of Pennsylvania and served on Governor Robert Casey’s senior executive staff where he advised on all environmental, public utility, and insurance regulation matters.