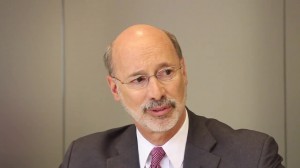 Governor-Elect Wolf continues to reveal his cabinet selections in waves.

Today, he announced his choice of Grayling Williams for Inspector General and Teresa Osborne for Secretary of Aging.

“I want to restore the public’s trust in government and change the culture in Harrisburg by enacting comprehensive ethics reforms –including a gift ban for all executive branch employees,” said Governor-elect Tom Wolf. “As public servants, it is our duty to protect the interests of the people we serve. Grayling Williams will be tasked with ensuring that the executive branch maintains the highest levels of professional conduct and integrity and holding transgressors accountable.”

“Teresa Osborne has over two decades of experience working with and advocating for the elderly and the disadvantaged,” Wolf continued. “Her management experience, as well her record enhancing Pennsylvania’s response to elder abuse and exploitation, make her a solid fit to lead the Department of Aging.”

The transition team provided the following biographical information on the two nominees:

Grayling Williams – Inspector General. Grayling Williams has served over 30 years in federal law enforcement. Following his time as director of the Department of Homeland Security’s Office of Counternarcotics Enforcement, Williams was the chief of internal affairs at the Baltimore City Police Department. Currently, Williams leads the Office of Professional Responsibility at the Pennsylvania Office of the Attorney General (OAG). At OAG, Williams created and developed an office inspection program to audit regional offices, and he implemented a new computerized system for all misconduct investigative files.

Grayling Williams currently serves as Chief Inspector for the Pennsylvania Office of Attorney General’s Office of Professional Responsibility, a position he has held since April 2013. Before that, Williams led the Baltimore Police Department’s Internal Investigation division. In 2009, Williams was nominated by President Obama and confirmed by the U.S. Senate to become director of the Department of Homeland Security’s Office of Counternarcotics Enforcement. As head of this agency, Williams focused on the department’s counternarcotics efforts while also advancing the National Drug Control Strategy and the National Southwest Border Counternarcotics Strategy. Williams began his career in law enforcement as a police officer in the Yale University Police Department, a post he held for five years before joining the Drug Enforcement Administration (DEA). Williams worked at the DEA for almost 23 years and rose to become an assistant special agent in charge with the agency’s executive management team. Williams holds a Bachelor of Science degree in Criminal Justice from the University of New Haven and a Master of Science degree in Management from The Johns Hopkins University.

Teresa Osborne is a native of Scranton and is currently serving as the executive director of the Luzerne/Wyoming Counties Area Agency on Aging. She previously served as chancellor and chief operating officer of the Diocese of Scranton, and prior to that was executive director of the Lackawanna County Department of Human Services and executive director of the Lackawanna County Area Agency on Aging. She has over two decades of experience in working with and advocating for the elderly and the disadvantaged. Teresa has volunteered with numerous not-for-profit and community organizations focused on improving and maintaining the health and well being of older adults. She was recognized by Marywood University with their Recent Graduate Award, received the Legion of Honor Award from The Chapel of Four Chaplains, and was recognized as a Northeast Woman of distinction by the Scranton Times-Tribune. She earned her Bachelor of Social Work degree and Masters of Health Service Administration from Marywood University.