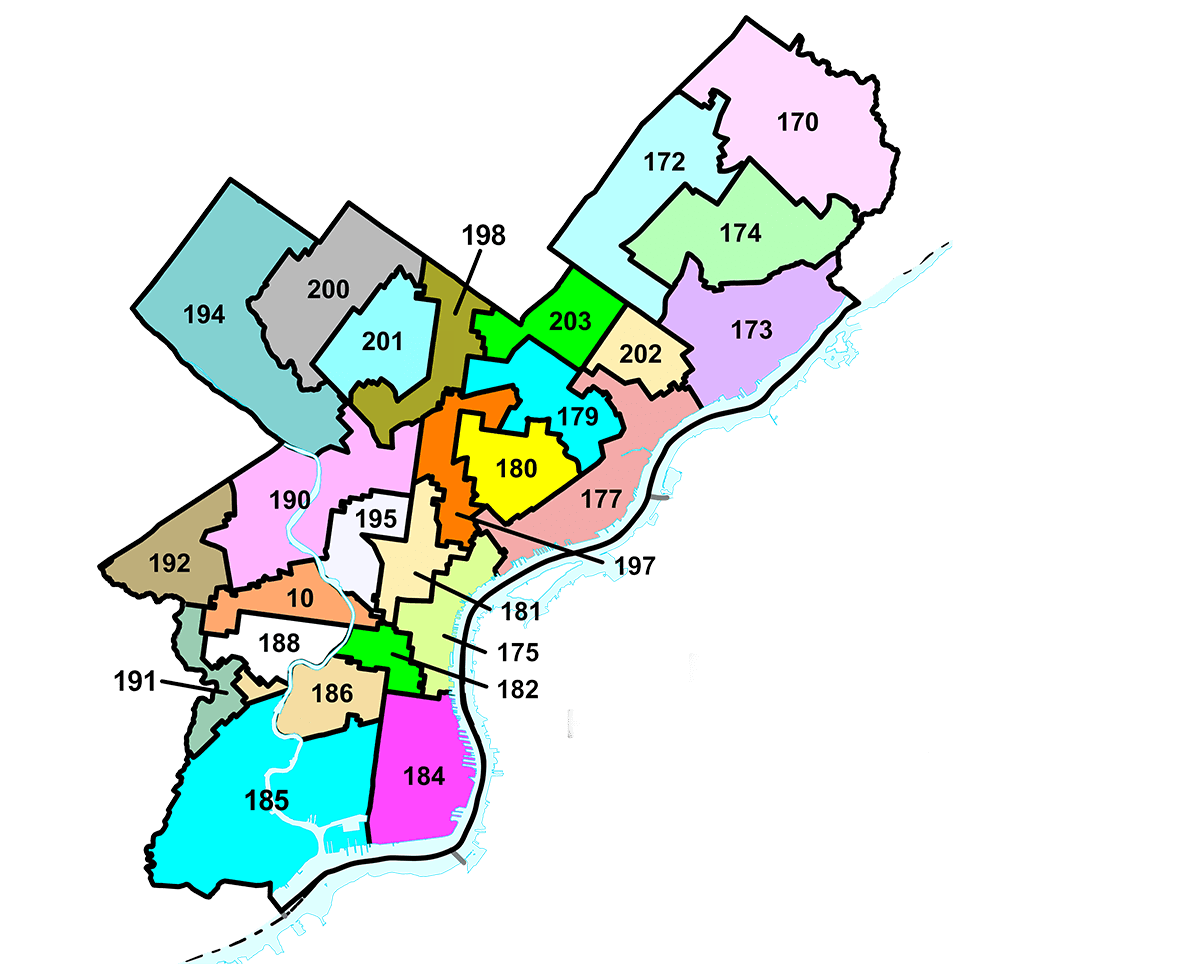 We continue our series on the candidates for the Pennsylvania State House with a look at Philadelphia.

Boyle, who has served in the state House since 2011, easily defeated Bob Stewart in the May primary. He is pro-choice and supports funding police officers.

Taubenberger, a former City Councilman, believes in safe street, bringing down the cost of living and quality of life for Northeast Philadelphia.

Hohenstein is looking for his third term in Harrisburg. He supports fair funding of public schools, raising the minimum wage to $15 per hour, and common sense solutions to curb gun violence. Hohenstein also wants to ensure women have access to a full range of reproductive health care services.

Lavelle, a warehouse manager for a medical equipment company, aims to be bipartisan and work to provide solutions to problems posed by my peers, to improve quality of life issues and to work with law enforcement to keep streets safe.

Waxman, who runs a communications and public affairs consulting firm, defeated three opponents in the primary with 40.2%. His priorities include comprehensive, free access to abortion and contraception for anyone, single payer healthcare, and a fair funding formula for public school education.

Montas is an attorney. We were unable to find an online profile.

Fielder, looking for her third term in the state House, easily defeated Michael Giangiordano in the primary. Her priorities include raising the miminum wage, banning fracking while investing in renewable energy, and ending all forms of voter suppression.

Murray, a senior associate analyst, is pro-law enforcement, wants to make sure that every parent and child is happy with their choice of school, and will fight against rising property taxes.

Green, who won a special election in February for the seat, says she’ll continue to focus on a stock set of issues if elected: reducing gun violence, ameliorating schools and improving wages.

Jackson does not have an online profile that we found.

Khan, a frontline nurse, defeated incumbent Pam DeLissio in the primary by 19 points. He believes that abortion services are essential healthcare, advancing legislation for a fair funding formula for public education, and supporting Medicare-For-All legislation.

Danowski, the founder of Don’t Tread on Philly, says his biggest issues are improving the mental health crisis in Philly and PA, reforming education, and ending the State’s involvement in foreign wars.

Rabb, who has served in Harrisburg since 2017, defeated Isabella Fitzgerald in the primary by 25 points. He supports workers’ rights, renewable energy, and same-day voter registration.

West is pro-life, pro-women’s rights, pro-Family Court Reform and pro-parent choice. She vows to become a voice and advocate for women experiencing abuse.