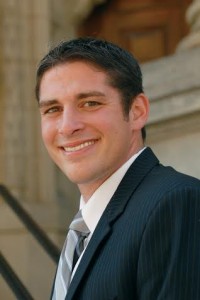 It has been a busy day for the Neuman campaign, first they unveil their first ad and now they reveal a long list of union endorsements.

The State Rep. and Lt. Gov candidate picked up the support of several different labor groups. The full list is included below:

– United Mine Workers of America, District 2

– Bricklayers and Allied Craftworkers, Local 9A

“Coming from the heart of the state’s coal industry in southwestern Pennsylvania, Representative Neuman has a deep understanding of the challenges facing working families and our industry,” explained Ed Yankovich, International Vice President of United Mineworkers District 2. “Our leadership and our members have full confidence in his ability to advocate for a reasonable energy policy that includes coal. We look forward to working with Representative Neuman for years to come.”

“Working people are under attack in state legislatures all over this country, and that is a tragedy,” Neuman stated in response. “I am deeply honored to have the support of these labor organizations in my run for lieutenant governor, and on the occasion of International Workers’ Day, I pledge to fend off any attacks on Pennsylvania workers, their pensions, or their rights to collectively bargain for fair wages in a safe and equitable workplace.”