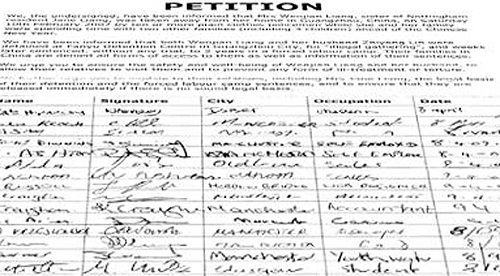 The field for Lieutenant Governor also shrunk by one as Harrisburg city advisor Brenda Alton failed to file her petitions by 5pm yesterday, and Stack led the field by a wide margin.

Lieutenant Governor candidates are required to file at least 1,000 petition signatures with at least 100 from five different counties.

They are ranked here in quantity of signatures.

Unsurprisingly, the unchallenged incumbent was the grand winner in quantity, with 26,680 signatures on his petitions that were filed earlier this week.

“Pennsylvania is stronger today because of the tough decisions Governor Tom Corbett made to put us back on a path towards prosperity and I look forward to serving with him a second term,” Cawley said.

Stack is the real winner in the petition game; he totalled 9,600 petitions from across the state.

“We decided we wanted to file early to reflect the hard work we’re doing and to demonstrate that mike stack brings a significant organization to the ticket,” Stack’s campaign manager, Marty Marks told PoliticsPA. “We believe that we can help the ticket most in November and our early filing here helps demonstrate that.”

Koplinski filed 6,016 petition signatures, with at least one from every county. He’s the only candidate to do this, with the exception of the Corbett-Cawley ticket.

“I have been fighting against the Corbett-Cawley team for the last 13 months because we need a new direction for Pennsylvania,” Koplinski said. “Thank you to everyone that circulated and signed my petition!  It is a great testament to our corps of volunteers in every corner of the state.”

Critz pulled together 4,273 signatures from 25 different counties across the state.

This strong showing follows his second place finish in the Harper Poll where he was just beat by Jay Paterno by 1 point.

“Thanks to the support from many of my colleagues in the House of Representatives and grassroots mobilization around the Commonwealth, we submitted nearly 4,000 signatures from 20 counties and I am confident that I will be on the ballot on May 20,” Neuman said.  “I look forward to expanding our ground game and meeting as many voters as possible. I’m the best choice to team up with a Governor candidate to win in November and together, we will hit the ground running in January 2015.”

Smith filed 2,296 signatures from 18 different counties. Although this number places him closer to the back of the filed, it’s likely safe from any challenge.

Challenge watch: According to the petitions hosted on the State Department’s website, Paterno filed just 1,117 signatures from 17 counties, many of which were close to the 100 threshold.

We spotted him twice filing supplementals yesterday, but the final tally isn’t yet available. There were some rumblings around the filing room that at least one Lt. Gov. candidate has hired a petitions lawyer, and Paterno would be the likely target.

The most unfortunate story coming out of petitions yesterday is that of Brenda Alton. She arrived around 4:00pm to file her petitions – the only problem was that the staff member responsible for bringing the petition signatures to the department of state did not arrive until after 5:00pm. Regardless of how many signatures she had collected, they were not accepted and she will not appear on the ballot.