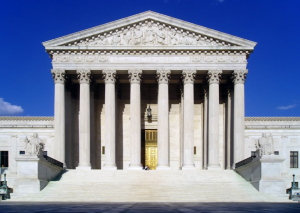 Earlier today, the U.S. Supreme Court announced one of its most important recent decisions on the topic of abortion.

In a 5-3 ruling, the Court decided that Texas’ rules for abortion providers created an “undue burden” on women. The Whole Woman’s Health v. Hellerstedt case invalidated similar laws in a number of states, including Pennsylvania.

A number of federal and state officials as well as candidates issued statements in response to the announcement. Those statements are included in full below:

“The people of Texas, through their elected representatives, passed laws to ensure abortion clinics meet basic medical safety standards, the same standards required of outpatient surgical centers. Texas adopted these common sense standards to protect women and unborn children from the types of horrors committed by convicted murderer and former abortionist, Kermit Gosnell, who in addition to countless babies, caused the death of one mother in his filthy, largely unregulated clinic. Today, the Court once again made special exceptions for abortion – one of the Court’s “favored rights,” as Justice Thomas said in his dissent – even if it means putting an undue burden on women’s safety.”

“Amid a nationwide attack on those who seek and provide abortions, the US Supreme Court sided with the Constitution, and for that we should all be thankful. Abortion is a legal, Constitutionally-protected right that should be available to all women. Pennsylvania’s abortion laws are forcing women and their families into desperate, life-threatening situations in which they must choose between the law, their health and their Constitutional rights. We should be expanding access to reproductive health services, not closing clinics.”

“I applaud today’s Supreme Court decision, that reaffirms the Constitutional right women have to make their own medical decisions. The Texas law endangered women’s access to reproductive health care and demonstrates why we need public officials to continue to advocate for women. In Congress, I’ll continue to stand with Planned Parenthood and other women’s health organizations that work to defend and protect a woman’s right to choose and promote women’s health.”

“Today, by overturning Texas HB 2, the Supreme Court reaffirmed a woman’s right to choose. I applaud the justices for respecting this fundamental principle, and for seeing through the deceptive tactics used to try to undermine it.

“Despite today’s outcome, this case serves as a stark reminder that women’s privacy and reproductive health choices are still under attack across the country. Just last week, the Pennsylvania House of Representatives passed a bill that would put our commonwealth among the states going furthest to restrict women’s access to the health care they need. I strongly believe that government should not be intruding so aggressively and with such a heavy hand into decisions that are deeply personal and that often are emotionally wrenching and medically complex.

“It also showed us – again – just how much is at stake this November. If we want to stop the efforts to roll back women’s reproductive freedoms, it is critically important that we elect lawmakers who will stand strong against any attempts to take away a woman’s right to choose. In the U.S Senate, I will do everything in my power to stop these invasions of women’s privacy and empowerment.”