A few members of the GOP PA Delegation took a moment to respond to Obama’s Libya address. Many applaud the President for explaining his decision, but few were 100% satisfied with the explanation. Many left with more questions than answers.

“President Obama gave an important, albeit long overdue, explanation last night regarding his decision to authorize military operations in Libya. Since the U.S.-led military campaign began 10 days ago, Americans understandably have had many concerns, fears, and questions. While the President answered some important questions last night, he left many unanswered. We know little about the long-term objectives of the rebels whom we are aiding, we don’t know how much our involvement will cost American taxpayers, and we don’t understand what role Gaddafi will ultimately play if he is not overthrown. We still have, as Vice Admiral Bill Gortney, Director of the Joint Chiefs of Staff, said, ‘knowledge gaps’ that need to be addressed. As events continue to unfold, I will do my part on behalf of the 3rd District to make sure that the President and his Administration keep the public informed of our short and long-term goals as we enter the next phase of our involvement in Libya.”

WFMZ: “This is a situation where I think the President should have been in front of the American people early and before he committed troops,” said Congressman Fitzpatrick.

Fitzpatrick said the speech left him with more questions than answers.

“What happens if things get rough on the ground in Libya? We’ve already committed air cover to suppress the regime’s air defenses. But what additional commitment is he prepared to make?”

He said he hoped to hear more specifics about the President’s policy including the purpose, cost, and possible consequences.

“The most important thing I think the President can do for the nation is to be clear, to be decisive, and to come out and make that explanation,” he said. 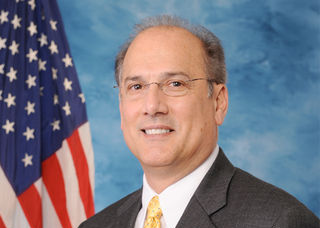 Instead, the president’s action raised questions about whether he violated the constitutional provision that gives Congress the power to declare war, or the War Powers Act, Mr. Marino said.

“The bottom line is I wish the president would have told us, talked to Congress about what is the plan. Is there a plan? Is the mission to take Gadhafi out?” Mr. Marino asked. “I think he’s fumbling through this.”

Mr. Marino, a member of the House Foreign Affairs Committee, said he hopes to ask questions of administration officials at a committee hearing today. He questioned whether humanitarian reasons are good enough for intervention.

“Where does it stop?” he said. “Do we go into Africa next? I don’t want to sound callous or cold, but this could go on indefinitely around the world.”

Marino is taking some lumps over that last quote. Left-leaning website Talking Points Memo, the DCCC and the PA State Party gleefully noted that Libya is indeed in Africa.

“After hearing President Obama tonight, I have the same questions I had this afternoon. The president didn’t answer my questions at all. On Sunday, Secretary of Defense Robert Gates said that our military action against Libya ‘was not a vital national interest to the United States.’ President Obama said Monday night that he took action in Libya for humanitarian reasons. That’s all well and good, but before he risked shedding any American blood, the president should have come before Congress and explained what we were doing because there was no immediate threat against the United States of America.

“The president had an obligation to come before Congress and tell us what he was going to do. Instead, President Obama committed us to military action without clearly defining our role, and he didn’t explain that role Monday night.

“Like most Americans – and like many members of Congress – I still have many, many questions. Who are these rebels? When are we getting out of Libya? What is our role going to be? How do we mark the end of American involvement in Libya? And how do we measure success?

“Frankly, the president’s explanation Monday night left a lot to be desired.

“Right now, our men and women are in harm’s way, and we need to support them. Our military has my full support as they engage in this action, and I pray for the safety of our brave soldiers, sailors, airmen, and Marines.”

“President Obama’s address to the nation tonight did not answer fundamental questions about US involvement in Libya. We continued to hear contradictions about what exactly the US role is in Libya, with no mention of how and when US participation will end.

“We heard the US will not engage in regime change, yet the President has committed America to a seat at the table with Libyan opposition forces to discuss, by his own words, supporting a transition to the future in Libya. He further elaborated on US involvement in building a new government, however, given reports that rebel forces include Al Qaeda, how can we be certain we will not be replacing a dictator with another bloody and brutal regime? This is made all the more worrisome for the American people by the fact that we have no idea who the leaders will be, who they represent, and what sort of government they will back.

“The Administration has committed American lives and resources in a region marked by turmoil and upheaval. Every nearby nation and its neighbors are facing massive disruption, fueled by Iran, proxy armies of Hezbollah, Hamas and the Islamic Jihad, that at any moment could erupt into large scale war. The seriousness of this situation cannot be overstated. We cannot afford to be naive. A doctrine of wishful thinking does not and should not constitute a coherent defense strategy or meaningful foreign affairs policy.

“America’s decision-making must be well-informed and the will of the American people, as exercised through their elected Members of Congress, must be engaged.”

“Last night’s address epitomized President Obama’s desire to be a passive member of the international community, rather than its leader.  His emphasis on substituting our interests for a coalition’s is an abdication of leadership and responsibility.  Furthermore, President Obama’s comparison of the revolutionary movements in Libya and Iran exposed his Administration’s muddled foreign policy and his hesitation to stand with uprisings against those regimes that stand diametrically opposed to our interests and security.”