Major Keystone State universities like Penn State and Pitt will be increasing tuition costs for students in the upcoming academic year due to state budget cuts.

The state budget also slashed funding for the fourteen schools covered by the Pennsylvania State System of Higher Education PASSHE by $70 million, nearly 15%. 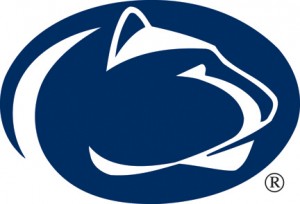 The Associated Press reported that Penn State would raise tuition by about 4.9 percent, or $700 annually, for in state freshman and sophomores (out-of-state underclassmen will see their annual cost rise 3.5 percent).  This is a smaller tuition increase than had been anticipated.

“I’m able to present a balanced budget, despite the largest decreases to our state appropriation in our history,” Penn State President Graham Spanier said. “This budget assumes a tuition increase that would generally be reflective of a normal year.”

In-state Temple students, meanwhile, will shoulder a nine percent increase to tuition, which will produce an estimated $30 million for the university.  “Support from the state has been on the decline in the past few decades” said Ray Betzner, Temple’s assistant vice president of university communications.

The fourteen schools under PASSHE – – still the lease costly option for Pennsylvania-bound students — will raise tuition by 7.5, which is projected to generate $56 million dollars.  “We were committed from the start not to put the entire cut on the students,” said Kenn Marshall, a PASSHE spokesman, but “tuition had to make up some of the reductions.”