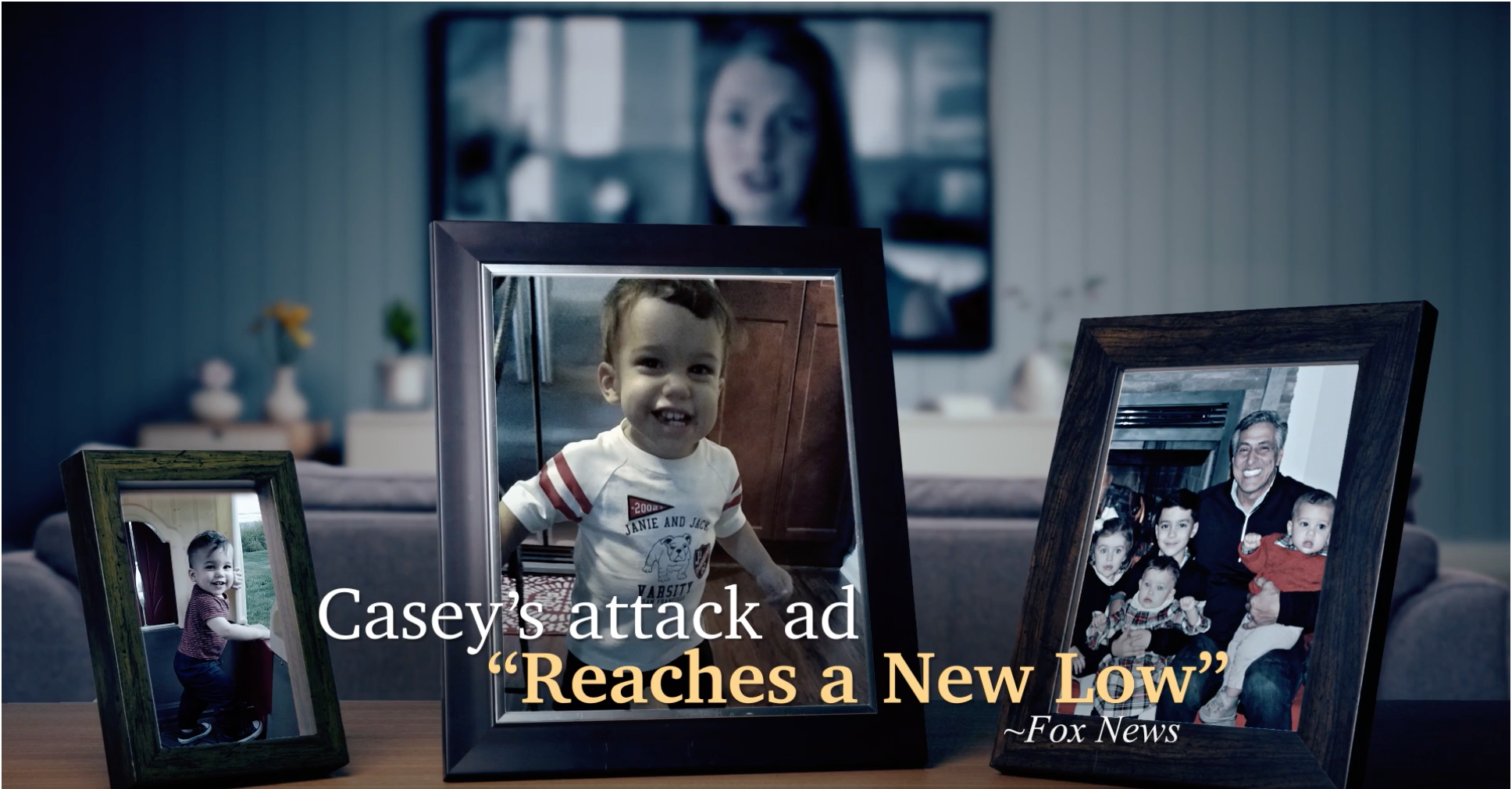 Rep. Lou Barletta’s most recent, and likely final, ad criticizes a previous attack ad from Sen. Bob Casey over coverage of children with cancer and pre-existing conditions, while highlighting his grandson, Jordan’s current battle with cancer.

“You’re looking at a boy, named Jordan. One of the sweetest kids you’ll ever meet,” a woman says in the beginning of the minute long spot. “But instead of spending his days fighting imaginary dragons or swashbuckling pirates, Jordan’s fighting cancer.”

The ad goes on to explain how difficult of a time it has been for the Barletta family and states that Lou had privately told Casey about his grandsons cancer before the Democratic candidate released an ad detailing a Pennsylvania’ womans twin daughters battle with cancer and their gratitude that the pre-existing conditions were being covered, claiming Barletta would not protect them.

“The horror of what happened next is beyond words,” the woman in the ad says next explaining the Casey ad.

In the closing statements of their first debate, Casey apologized to Barletta’s family about the harm the ad may have caused their family and stated he was “thinking about Stacie Ritter and her story and her daughters’ story about pre-existing conditions.”

The 1 minute long Barletta ad closes out by stating their opponents previous ad was unforgivable.

In a Philadelphia Inquirer story detailing the Barletta campaign’s initial outrage over Casey’s ad, it details Barletta’s history of opposing and voting against the Affordable Care Act, which began mandating that those with pre-existing conditions could not be turned away for health insurance. In that same story, Barletta stated he has since supported GOP efforts to repeal the ACA, while still covering those with pre-existing conditions.

The Casey campaign fired back with an ad directly rebutting Barletta’s 1 minute ad stating it is “an outrageous smear and just not true.”

The 30 second spot from Casey continues to pin Barletta for his vote to repeal the ACA and claims his GOP opponent is not running on his record.

This story has been updated with the new ad from the Casey campaign.