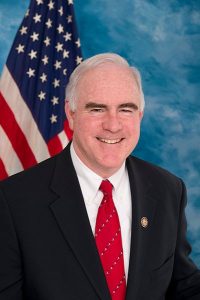 That’s according to Ryan Briggs of City and State, who broke the news on Friday afternoon.

“I’ve been talking to Pat in recent days and it sounds to me that he’s seriously considering a run against Casey in 2018,” Republican fundraiser Charlie Kopp told Briggs. “Being a Senator was always something he’s had in his vision. So it’s not like something he decided yesterday; it’s been put on his mind for years.”

The idea is that Rep. Meehan would eat into the Democratic advantage in the Southeastern portion of the state while turning out Republicans elsewhere.

This revelation comes just a week before PA Society, a weekend of events that would provide easy access to the big-shot fundraisers one would need to undertake a statewide campaign.

Congressman Meehan has represented the 7th Congressional District since 2011.