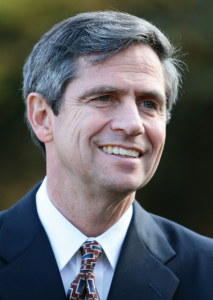 Joe Sestak is the front-runner for PA’s 2016 Senate Democratic nomination and party leaders in the state and D.C. desperately want to change that.

A new piece from Manu Raju and Kyle Cheney of Politico, illustrates the conflict.

Worried about lackluster fundraising and smarting from past slights, Democrats are fervently trying to convince Montgomery County Commissioner Josh Shapiro to jump into the race.

Previously, we knew that Senators Chuck Schumer of New York and Jon Tester of Montana have urged Shapiro to make the run. Now, Raju and Cheney are reporting that Senate Minority Leader Harry Reid has called Shapiro and asked him to consider a bid.

“Josh is thinking about it,” Rendell said. “I’ve told him that Sestak will be not easy to beat — but that if he does run and wins the primary, that I think [Shapiro] would have an excellent chance with Hillary at the top of the ticket.”

Brady provides an example of Sestak antagonizing party leaders. Apparently, despite the fact that Brady pressured Sestak not to jump into the 2010 race, the latter assured the former he would give him a heads-up if he did.

The Philadelphia Congressman says he learned about Sestak’s campaign from the newspaper, though Sestak contends he did inform Brady.

As for that famous walking tour and it’s effect on fundraising, the candidate contends he always knew the money would dip when he undertook the adventure.

“We knew the walk was going to take a lot of time and effort — so we set it [the campaign] up to raise [money] early,” he said.

Despite all the talk, Sestak doesn’t appear to be worried.

“Everybody who wants to get in, should get in,” Sestak asserted. “They should do it because they want to — not because the party is pushing them. Because a Washington, D.C.-selected candidate won’t do very well in Pennsylvania.”