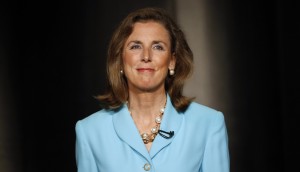 All of a sudden, Katie McGinty has an email problem.

The email was obtained through a Freedom of Information Act (FOIA) request by the NRSC.

He laments that the Republican leadership is more difficult to deal with now than in similar past instances during the Casey and Rendell Administrations.

McGinty responded to Myers on July 15th, sadly agreeing with his diagnosis and contrasting 2015 to her time as DEP Secretary under Gov. Rendell.

“The culture is different and deteriorated from 2008 when I left,” McGinty writes. “Jake and Joe are shadows of their former selves. Scared of their own caucuses. Devoid of substance and and full of rhetoric and posturing. It really is a shame.”

The NRSC believes this undermines the case McGinty made when she took the Chief of Staff job that she could reach across the aisle. The insinuation being that if she couldn’t do it in Harrisburg, she also wouldn’t be able to do it in Washington.

“When the going got tough, Katie McGinty got going – quitting her job in the midst of difficult state budget negotiations because she couldn’t handle working across the aisle,” stated NRSC National Press Secretary Alleigh Marré. “Pennsylvanians deserve someone who doesn’t resort to mudslinging or walk away from the table when Pennsylvania’s future is on the line.”

It is worth pointing out that just as Democratic leaders are pushing McGinty as the front-runner, the Republican Party has began to set its sights on her.