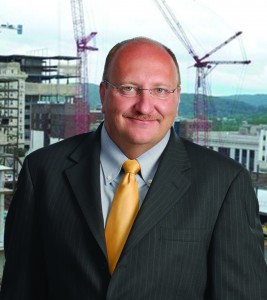 Joe Sestak may have a primary challenger after all.

Three-term Allentown mayor and 2014 gubernatorial candidate Ed Pawlowski told The Morning Call that he’s seriously considering a Senate run in 2016. The Democrat will reveal his decision in the next two weeks.

“I have a lot to think about and will be giving the run the serious consideration that it deserves,” Pawlowski told The Morning Call, adding that he could offer a lot to Washington.

Pawlowski has a strong record in Allentown, bolstered by the city’s abundant development and economic growth. The city has turned around during Pawlowski’s three terms in office, undergoing a $1 billion renaissance.

Were he to run, however, Pawlowski could face fundraising challenges. Incumbent Republican Sen. Pat Toomey is also a Lehigh Valley resident and has already earned the support of many of the big Lehigh Valley contributors. To split the donors from this area could severely limit Pawlowski’s war chest.

And Pawlowski isn’t known for strong fundraising successes. The Allentown mayor raised just $1 million in his unsuccessful bid for governor. By comparison, newly elected Gov. Tom Wolf raised $30.9 million, including the money he lent to his own campaign, to defeat Republican incumbent Gov. Tom Corbett.

Already Toomey has raised $5.8 million, according to campaign filings through Dec. 31, and Sestak, the only declared Democratic candidate so far, has $1.5 million on hand. Pawlowski, on the other hand, does not even have a federal PAC yet.

Pawlowski’s campaign director is not worried, however. Mike Fleck told The Morning Call that Pawlowski has been meeting with potential donors in and out of state. In January, Pawlowski met with officials from the Democratic Senatorial Campaign Committee.

“If Mayor Pawlowski decides to run, he will have the resources to win,” Fleck told The Morning Call.

Pawlowski would certainly provide Democrats with an alternative to Sestak, an alternative for which many in the party have been desperately searching. Other Democrats thought to be floating a run are former Rep. Chris Carney and State Sen. Vincent Hughes.