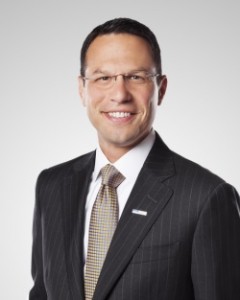 Shapiro told Tom Fitzgerald of the Inquirer he will not jump into that race.

“I am incredibly humbled and flattered by their interest, but ultimately concluded I am not interested in going to Washington to be a legislator at this stage in my career,” Shapiro told Fitzgerald on Friday.

We’ve known for quite some time that national Democrats were looking to Shapiro to take on Joe Sestak in a Democratic primary. In fact, just last week we learned that Senate Democratic Leader Harry Reid personally called Shapiro about a bid.

Senate vs. Attorney General in 2016

While some Democrats may be disheartened, Shapiro’s decision actually makes a lot of sense.

As Fitzgerald notes, rumor has it that the Montgomery Commissioner is more interested in running for Attorney General next year. When you look at what a contest for each race would involve, the choice is obvious.

First, the Democrats already have a front-runner in the Senate race. Sestak has been running since narrowly losing in 2010 and has a wide lead in early primary polling. Sure the former Congressman is hated by many party leaders but one word even they would never use to describe Joe Sestak is lazy.

After all, this is the guy that walked the entire length of the commonwealth.

Josh Shapiro would have to beat the indefatigable Sestak in under a year’s time. Then, he would have to take on the well-funded, popular, astute and ascending incumbent GOP Senator Pat Toomey.

Now compare Toomey’s current standing to Kathleen Kane’s. The Attorney General’s future is, to put it most charitably, up in the air. Given all the controversy surrounding Kane, Democrats would likely love it if some other candidate could defeat her in a primary and effectively end the madness.

So instead of giving up his office to begin a mad scramble to take on first Sestak and then Toomey, Shapiro can win re-election this year and then ponder whether to take on Kane. Plus, any money he raises for his re-election can be transferred over to a campaign for Attorney General. He wouldn’t be able to use that money for a U.S. Senate race.

Finally, the rationale behind the move becomes clearer when one considers the 2016 election landscape.

Pennsylvania has gone blue the last six presidential elections and has been very kind to likely 2016 Democratic nominee Hillary Clinton in the past. Therefore, Shapiro could benefit from Hillary’s coattails.

In contrast, Toomey would be much more likely than any Republican AG nominee to get crossover votes. People are more likely to trust their legislators than obscure candidates for offices in Harrisburg. If voters don’t know much about either candidate, they’re far more likely to resort to choosing by party.

Altogether, when each scenario is placed side-by-side, Shapiro’s decision is completely logical.