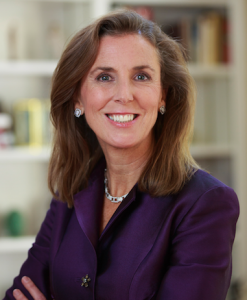 There’s no doubt now, Katie McGinty is the establishment’s choice for the Democratic nomination in the 2016 Senate race.

The candidate has already received the help of Senate Minority Leader Harry Reid. This past week, though, she secured the endorsement and active support of Washington’s senior Senator Patty Murray.

“Katie is running to become the first female Senator from Pennsylvania, and I’m supporting her because I need her help in Washington,” Sen. Murray writes. “The race in Pennsylvania could absolutely be the race that determines control of the U.S. Senate.”

Murray served as the Chair of the DSCC from 2001 to 2003 and 2011 to 2013 and is generally regarded as one of the most influential Senators in D.C. For example, she and Rep. Paul Ryan worked together to create the Bipartisan Budget Act of 2013.

The Senator’s comments also indicate that McGinty’s chance to be the first female PA Senator will be a major component of her campaign (mirroring Hillary Clinton’s presidential plans).