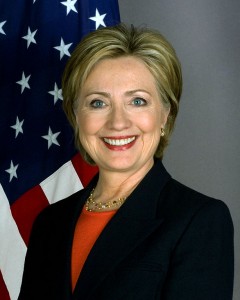 Ahead of the April 26th primary, PA Senate Democrats have overwhelmingly lined up to support Hillary Clinton for President.

“Secretary Clinton will bring a lifetime of experience fighting for the issues that matter most — not just for Pennsylvanians, but for the country as a whole,” said Senate Democratic Leader, Jay Costa (Allegheny). “With Clinton in the White House, we will have an experienced leader who knows Pennsylvania and will be able to move the ball forward.”

“Hillary Clinton’s ties run deep in Pennsylvania and in Philadelphia,” said Senate Democratic Senate Appropriations Chair, Senator Vincent J. Hughes (Philadelphia). “From her time as First Lady, to U.S. Senator, to Secretary of State, I’ve seen in Hillary someone with an incredible grasp of legislation and the legislative process, and an undeniably compassionate understanding of the role in Government in the lives of every American.”

“Clinton is the best candidate to lead our country,” said Senate Democratic Campaign Committee Chair, Daylin Leach (Montgomery). “She combines the progressive ideals that our country needs with the pragmatism and resume to get things done. At a time when the Republican Presidential candidates seem to be stoking the flames of fear and anger, I have never been more proud to support Hillary Clinton for President.”

Clinton and her family have been crisscrossing the commonwealth in recent days. She has an 11 point on rival Senator Bernie Sanders, according to the latest Fox News Poll.