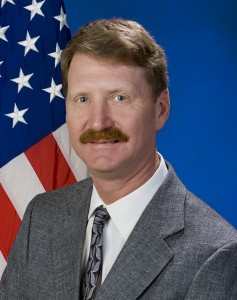 And the team player of the week award goes to: Elder Vogel (R-Beaver). The Pa. Senator initially cast his vote against Republicans’ congressional redistricting plan, but when the final tally came to a 25-25 tie, switched and voted in the affirmative.

Every Democrat and (eventually) four Republicans opposed the map, which has drawn fire for partisan gerrymandering.

Sen. Jane Earll (R-Erie) likely voted against the plan because it split her home County of Erie. Sen. Mike Brubaker (R-Lancaster) had opposed the map earlier Wednesday in the State Government Committee. Same goes for Sen. Mike Folmer (R-Lebanon), whose county would be split in the new plan. Folmer criticized the map as irresponsible and poorly drawn. Finally, Sen. Pat Vance (R-Cumberland) opposed the new draft, likely because it neuters a chunk of her beautiful county by shifting into the district of Rep. Lou Barletta – potentially giving it afterthought status compared to the northeast Pa base of the 11th.

Each Republican from the Lehigh Valley region voted in favor of the plan, which controversially carves Easton out of the Allentown-Bethlehem-Easton metro area.

Vogel switched his vote and prevented a tie, but have no fear. In all likelihood Senate Republicans could have called others of the dissenting votes into the yea column if things had gone more poorly.

The GOP may even have been prepared to call on the vote of a Democrat or two: Sen. Tina Tartaglione (D-Phila) had cast the tiebreaking vote in Wednesday morning’s committee hearing.

Senate Democrats railed against the plan Wednesday night, calling it unfair and an embarrassment. At one point, Sen. Lisa Boscola (D-Northampton) tore up a copy of the map, saying it was garbage and belonged in the trash.

Democrats introduced their own version of the map as an amendment, but it failed on a 30-20 party line vote.

Sen. Charles McIlhinney (R-Bucks) insisted that the map’s imperfections were a result of necessity, not precalculation.

Viewers received a mythology lesson from members of both parties, who explained what fabled creatures certain districts resembled.