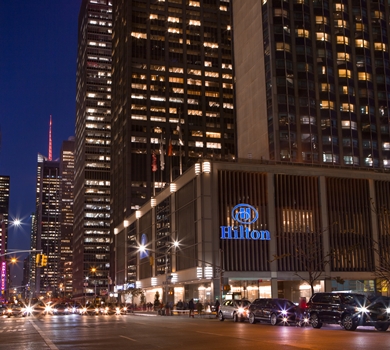 Another jam-packed weekend for the annual event in New York City has come and gone, and we are detailing some of the top stories and rumors coming out of the receptions.

Casey was comfortably re-elected to a third term in the U.S. Senate last month by defeating Rep. Lou Barletta (R-Luzerne). In what is expected to be a crowded 2020 Democratic field, Casey’s name was first floated as a nominee during an exclusive interview he conducted with NBC News just one week after the election stating, “we’ll see what happens” when asked if he’d make a push for the Democratic nomination.

He told PoliticsPA this weekend that he’s still not ruling out a bid for the Democratic nomination in 2020, although referenced that there are “stages to running” and if he were to run, he’d have to decide in the next couple of months. Casey described a run for the Democratic nomination as a “two year sprint” and pointed to former President Barack Obama announcing his bid in February 2007 for the need to make up his mind sooner rather than later.

Casey also expressed optimism for the upcoming session stating his belief that Criminal Justice Reform and the Farm Bill will be moved forward and hopes that an infrastructure bill will be on the table as well.

The GOP lt. Gov. candidate from this year did not get the result he had hoped for last month, but it doesn’t mean he won’t seek a statewide office again in the future. Bartos told PoliticsPA that “if the right opportunity presented itself” he would seek another statewide office or where he saw an appropriate fit. He thanked supporters of his and Scott Wagner during this bid and stated his current focus is on helping the GOP win upcoming races. The Philadelphia Inquirer also wrote that Bartos has “sparked speculation about his next political move.” Two days after the election, Wagner shared a Facebook video thanking supporters and mentioned that he also “was not going away” and will “continue to fight to solve the issue of Pennsylvania that need to be solved.”

3. The Race to Replace Guy Reschenthaler is Heating Up.

Congressman-elect Guy Reschenthaler (R-Allegheny) cruised to a victory over Democrat Bibiana Boerio to represent Pennsylvania’s newly drawn 14th Congressional District. The victory by Reschenthaler will result in a special election to fill his seat for the 37th state Senate District. WESA previously reported two weeks ago that Raja and Devlin Robinson were two interested candidates on the Republican side. Since that initial report, but Raja and Robinson have officially announced bids for the GOP nomination, while rumors swirled this weekend that 40th District state Rep. John Maher (R-Allegheny, Washington) is mulling a run as well.

On the Democratic side, three candidates are supposedly considering a run as well – Olivia Benson, Pam Iovino, and Dr. Bob Solomon. Benson and Iovino were referenced by WESA as potential candidates, while Solomon name was floated around discussions this weekend too. PoliticsPA can not confirm that any of the Democratic candidates have officially announced bids for this seat yet.

Before Reschenthaler won his special election to represent the 37th state Senatorial District in 2015, the seat was occupied by Democrat state Sen. Matt Smith, who resigned take over as President of the Greater Pittsburgh Chamber of Commerce. WESA reports that this seat should be closely watched.

During the Pennsylvania gubernatorial race in 2018, Democratic lt. Gov elect John Fetterman and GOP gubernatorial candidate Scott Wagner often traded jabs in pursuit of capturing the Governor’s seat. There appeared to be no love lost between the two during this heated campaign, but over the weekend PennLive and the Harrisburg Patriot’s John Micek tweeted out an image of the two side by side smiling for a picture.

So this just happened @realScottWagner and @JohnFetterman meet in NYC pic.twitter.com/DV4UEhjjnN

A lot can change in four years, but that does not mean chatter about potential candidates for the Democrats and Republicans in 2022 for Governor and Senate haven’t started already. The Pittsburgh Post-Gazette reported on the same day that PA Society began that Auditor General Eugene DePasquale is “looking ahead to what’s next,” specifically eyeing up either a bid for Governor or U.S. Senate. Rumors circulated this weekend that DePasquale was currently leaning towards a Senate run, while Attorney General Josh Shapiro, who will be up for reelection in 2020, would be interested in pursuing the Governor’s seat in 2022. Shapiro was asked by the New York Times in August if he’d run for Governor and he responded, “I love my job as attorney general, and I am hopeful that my wife and four kids give me the go-ahead to run for re-election.”

On the GOP side, people speculated that Republican state House Speaker Mike Turzai would be interested in pursuing the Governor’s race in 2022. The Philadelphia Inquirer also noted that “many believe” Turzai “will try to position himself early on as the favored GOP candidate for a gubernatorial nomination.” Sen. Pat Toomey’s seat will be up for re-election in 2022, but considering the race is 4 years away, he has yet to definitely state whether he’d seek the Senate once again or run for another office.

Like last year, the PA Society dinner was held at the Hilton Midtown while the Waldorf Astoria is still undergoing renovations.