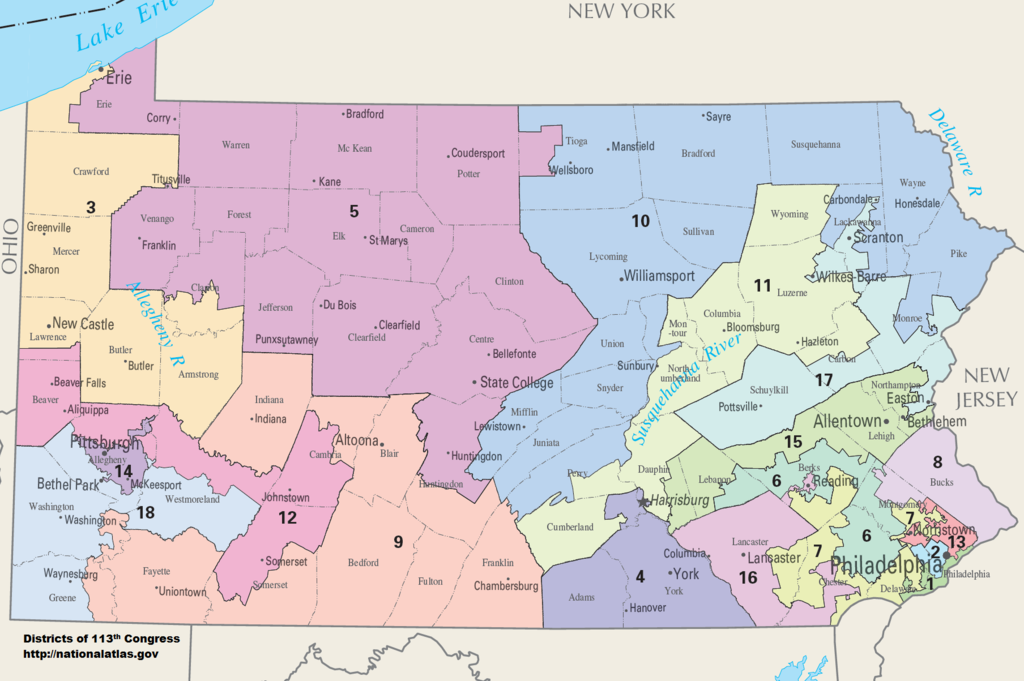 The state Supreme Court in a 4-3 vote ruled the current Congressional maps are unconstitutional and need to be submitted to the Governor by February 9th.

“First, the Court finds as a matter of law that the Congressional Redistricting Act of 2011 clearly, plainly and palpably violates the Constitution of the Commonwealth of Pennsylvania, and, on that sole basis, we hereby strike it as unconstitutional,” the per curiam order reads.

The court put forth new guidelines for the legislature to follow when drawing the new map, including “compact and contiguous territory; as nearly equal in population as practicable; and which do not divide any county, city, incorporated town, borough, township, or ward, except where necessary.”

The court ordered that the Department of State must “anticipate that a congressional districting plan will be available by February 19, 2018, and are directed to take all measures, including adjusting the election calendar if necessary, to ensure that the May 15, 2018 primary election takes place as scheduled under that remedial districting plan.”

This could mean moving the deadlines for petitions and petition challenges, but not moving the date of the primary election.  Currently, petitions can be circulated from February 13th until March 6th.