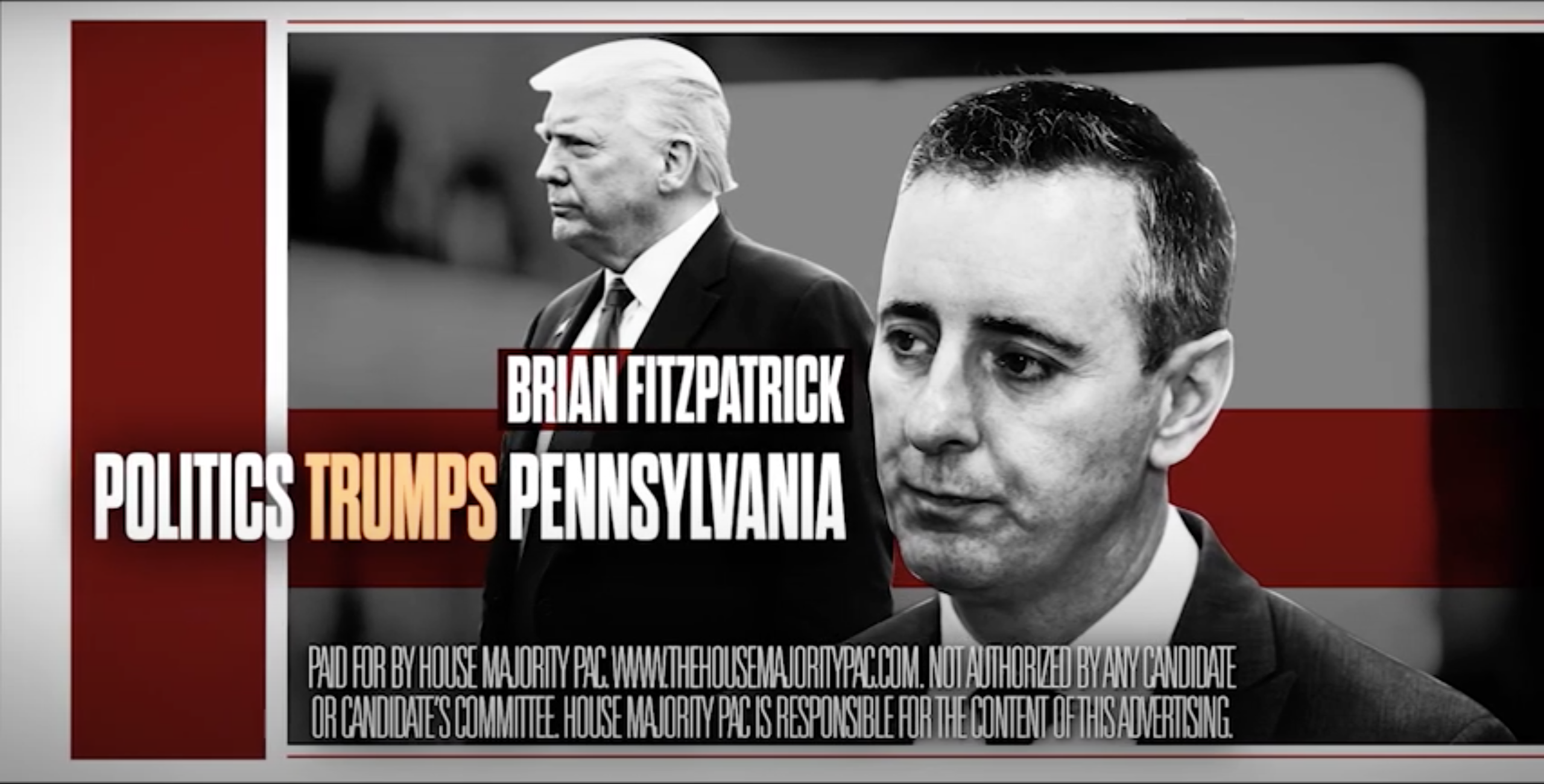 “A pandemic and a recession. Pennsylvania small businesses and families need help now,” a voiceover says at the beginning of the 30 second ad titled, “Nothing.”

“But when Trump killed more bipartisan coronavirus relief in Congress, what did Brian Fitzpatrick do,” the voiceover continues. “Nothing.”

The ad continues to accuse Fitzpatrick of standing with Trump when the president “needs him the most.”

“Brian Fitzpatrick’s politics trump Pennsylvania,” the voiceover says at the end of the spot.

Fitzpatrick’s campaign returned fire by citing him being voted the most bipartisan member of Congress in 2019 and attacking Finello for having the support of the PAC.

COVID response has emerged as a key talking point during the race. Defending Main Street, a GOP super PAC, released a TV ad in the Philadelphia airwaves as well lauding Fitzpatrick’s response to COVID, while accusing Finello of raising money during the pandemic, although he significantly outraised her during Q1 and Q2. Fitzpatrick and Finello’s Q3 hauls were neck-and-neck, however.

House Majority PAC announced the launch of 13 ads in congressional districts around the nation, including PA-1 and PA-10. The release says that the current ad in PA-1 is running in the Philadelphia market and is supported by $1.2 million.