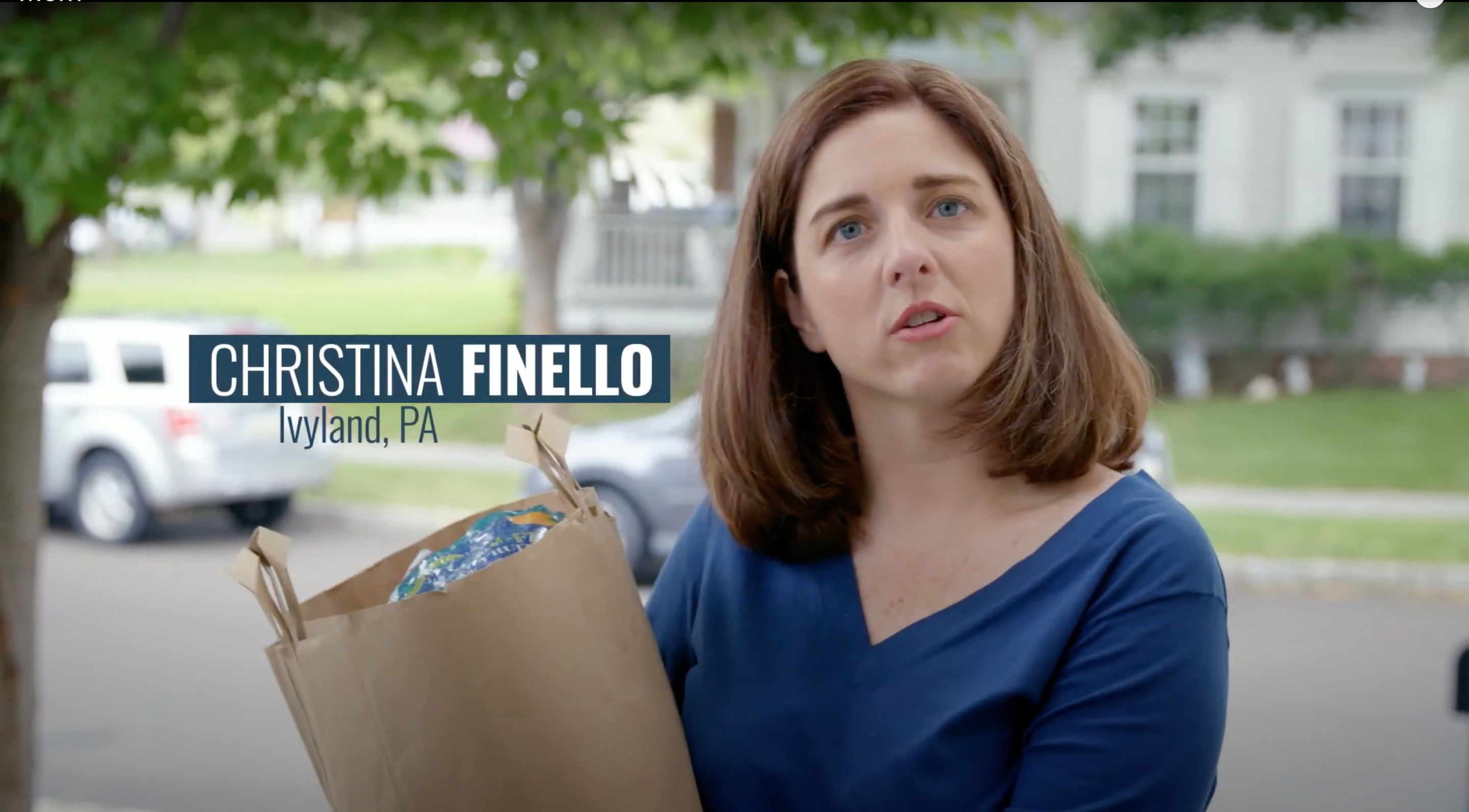 Christina Finello, the Democratic challenger for the 1st Congressional District, is on TV with a new spot that features her talking about understanding the struggles of those in the district by being a working Mom.

“Like most moms, I’m worried about school for my kids,” Finello says at the beginning of the ad titled, “Mom” as she’s carrying groceries from the car to her house with her kids. “My daughter has a pre-existing condition, and I know what it’s like to still be making student loan payments every month.”

“I understand how anxious middle class families are, because I live it,” Finello says to the camera, while carrying the brown bag of groceries.

In the later half of the ad, she criticizes the attacks from Rep. Brian Fitzpatrick’s (R-Bucks) as “off-base” and accuses the GOP incumbent of using President Donald Trump’s “playbook” to scare voters.

“I’m Christina Finello and I approve this message, because isn’t it time to send a working mom to Congress,” Finello says to the camera, while at the dinner table, to end the ad.

The Fitzpatrick campaign rejected the notion that he is blindly following Trump’s agenda by citing the GOP congressman being ranked as the most bipartisan member of the U.S. House in the first year of the 116th Congress. They also link Finello to Speaker Nancy Pelosi in their response to the ad.

“Christina Finello announced that Brian Fitzpatrick is the most independent Congressman in the entire nation, yet she still continues to ask our community to blindly follow her far-left partisan agenda,” said Kate Constantini, campaign spokesperson. “There’s only one possibly explanation for her absurd position: she simply does not understand the people in the very community she seeks to represent.”

“The fact that Christina continues to call Nancy Pelosi her “mentor” says it all,” Constanti continued. “She is completely disconnected from our community.”

This is the third TV ad from the Finello campaign thus far. The two previous ads shared similar messages of boosting her middle class background, while linking Fitzpatrick to Trump in the suburban Philadelphia district.

Fitzpatrick’s campaign’s response to this ad also has echoed TV spots from their campaign this cycle thus far of touting bipartisan bipartisan endorsements, while also attempting to paint Finello as “out of touch” with the district.