PA1: Candidates Boast About Record on Safety, Fitzpatrick Remains on the Offensive in his Ad 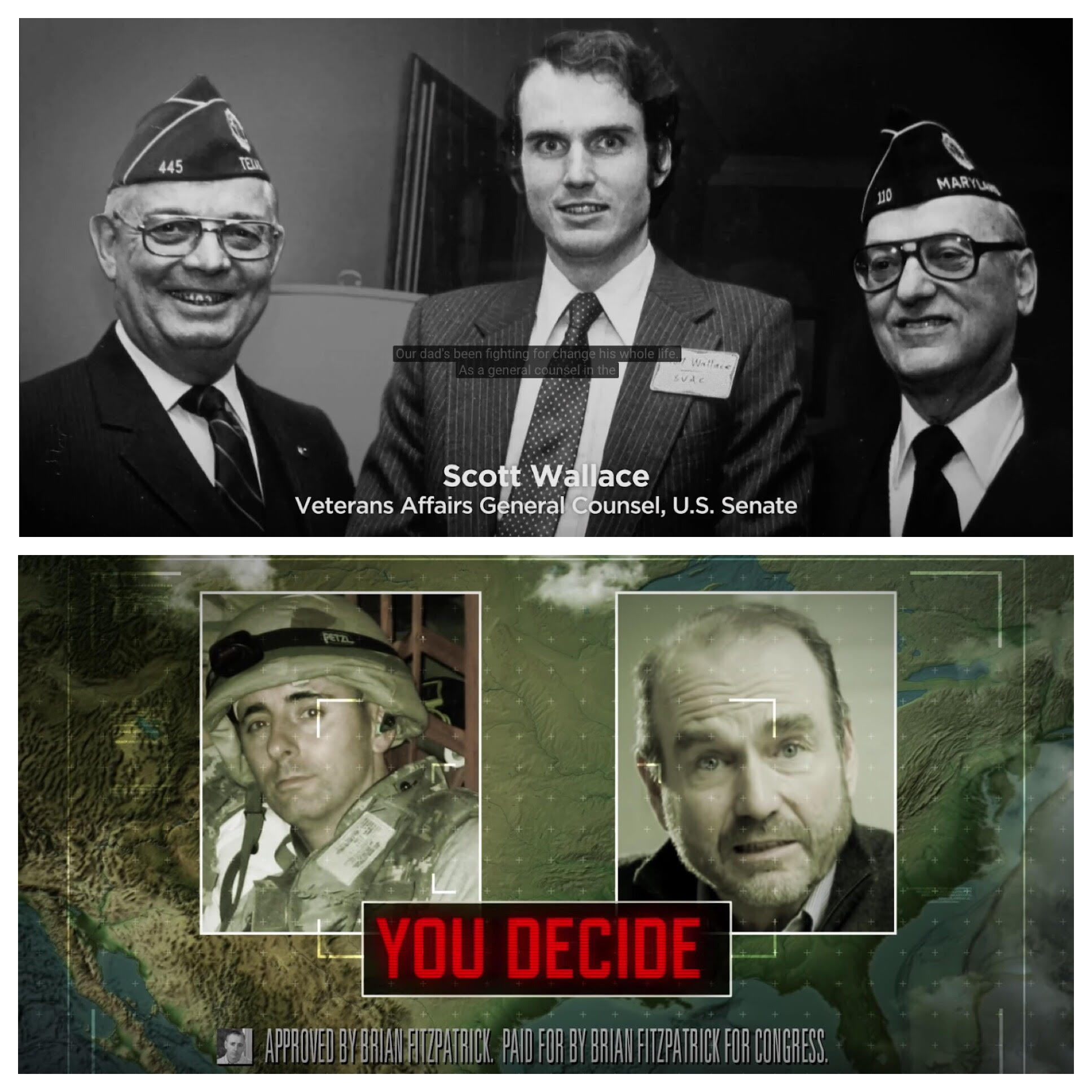 Rep. Brian Fitzpatrick (R-Bucks) and Democratic challenger, Scott Wallace most recent television ads boast about their own record on safety in their race for Pennsylvania’s 1st Congressional district.

Wallace’s thirty second ad, “Family” includes his daughter’s touting their father’s record as a general counsel to the United States Senate and combating climate change, while the candidate himself details running for office to oppose President Trump.

“Our Dad’s been fighting for change his whole life,” his daughter, Astra says to start the ad. “As a general counsel in the US Senate, he helped uncover the damage Agent Orange did to our Vietnam vets, and for the last 15 years he and my mom have run a charitable organization that promotes progressive values and has led the fight against climate change.”

“I’m running for Congress from Bucks County to stand up to President Trump and I won’t take a dime in corporate PAC money,” Wallace says following his daughters, Astra and Johanna’s statements.

Fitzpatrick’s most recent ad addresses his record as an FBI agent, while claiming Wallace was “defending terrorists.”

The thirty second ad, “You Decide” begins with a voiceover discussing Fitzpatrick’s deployment in Iraq after the terrorist attacks on September 11, 2001.

The ad continues by stating Wallace was spending millions of dollars funding legal defense fees of “terrorists detained in Guantanamo Bay” during this same time period.

“Brian Fitzpatrick defended our nation, Scott Wallace defended the terrorists. You decide,” the ad closes with.

The previous round of ads in this race dealt with both candidates sparring over law enforcement. Fitzpatrick attempted to tie Wallace to convicted Philadelphia cop killer Mumia Abu-Jamal while touting several law enforcement endorsements. Wallace’s ad responded to Fitzpatrick’s claiming it was false and used law enforcement officials endorsements of their own to showcase his record.

When it comes to keeping families safe, Fitzpatrick leads Wallace 40-30, with 22% saying they trust both equally.

54% disapprove of Trump’s job performance, while 43% approve. Numbers have slightly trended downwards for the President as compared to the June Monmouth poll which 51% disapproved of Trump and 46% approved.