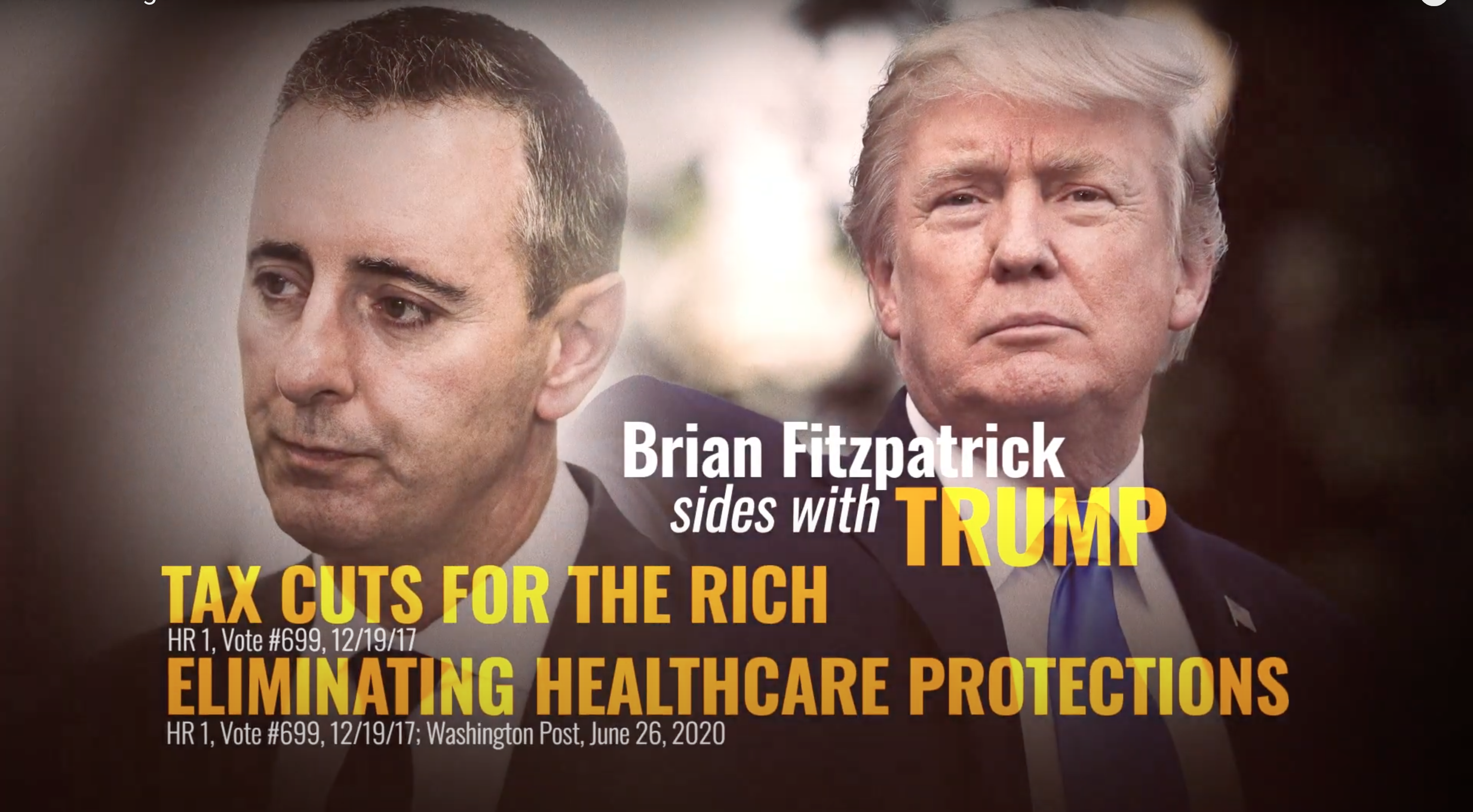 The beginning of the 30 second spot, “Real Change,” features a voiceover that asks the audience “how did we get here” with images of a closed sign on the front of a business window, followed by a picture of an individual inside an ambulance.

“Four years of Donald Trump’s agenda, bailouts for big corporations, working to end protections for pre-existing conditions and stripping away healthcare in the middle of a pandemic,” the voiceover says in the ad.

“One Congressman refused to speak up,” the ad continues. “Brian Fitzpatrick voted with Trump when it mattered most.”

The final ten seconds of the ad pivots to positive touting Finello being a “working Mom” that would “prioritize healthcare and the middle class” if elected to Congress. While showing Finello on the screen, text on the screen read that she “Opposes Trump’s Agenda,” would “Lower cost of healthcare,” and “Help the Middle Class.”

The Fitzpatrick campaign fired back at the message in the ad, claiming that Finello would not be a bipartisan member of Congress.

“The only real change Christina Finello wants to see is the complete removal of bipartisanship in Congress, leaving our police without the support they need, having taxpayers pay for her negative campaign advertisements and health insurance while running for Congress, and giving illegal immigrants stimulus checks while American families are struggling to get by,” said Kate Constantini, campaign spokesperson. “Christina only prioritizes herself and her partisan political agenda.”

This ad strikes a similar message in comparison to the first ad, although the latest spot begins by linking Fitzpatrick to Trump, while her opening ad began positive before shifting to negative.

A spokesperson from the Finello campaign said that this current ad is running on broadcast and cable.