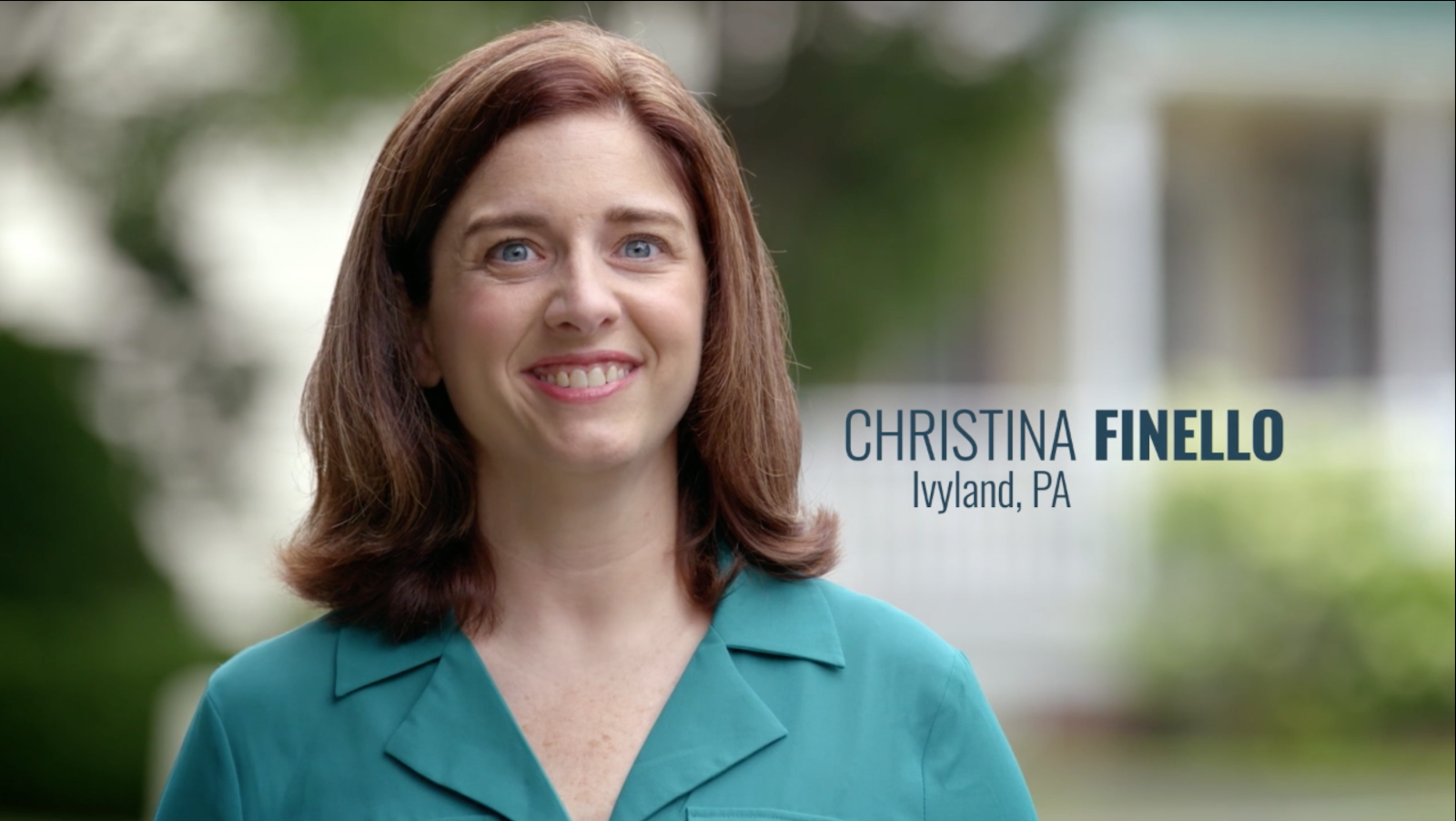 As the suburbs continue to drift away from the Republican Party in recent years, Democratic candidates link their GOP opponents to the president. Christina Finello, an Ivyland Borough Councilwoman running in the 1st Congressional District, shares a middle class message and ties Rep. Brian Fitzpatrick (R-Bucks) to President Donald Trump in her first TV ad of the general election, titled “Get It.”

“If you’ve ever worried about paying off your college loan, finding affordable healthcare, or keeping coverage with a pre-existing condition, I get it,” Finello says in the beginning of the 30 second ad. “Because I’ve lived it. I’m Christina Finello.”

In the second half of the ad, she links Fitzpatrick to Trump.

“I understand the struggles of the middle class, but in Washington, Brian Fitzpatrick votes with Trump giving tax cuts to the rich and ending protections for people with pre-existing conditions,” Finello says. “I approve this message because as a working mom, I’ll always fight for families like yours.”

The Fitzpatrick campaign rejected the message in the Democratic challengers ad, labeling Finello as running on a “far-left message” in a moderate district, while also linking her to Speaker Nancy Pelosi and Sen. Elizabeth Warren.

“Christina Finello calls Nancy Pelosi her “mentor” and said she was “proud” to have the endorsement of socialist Elizabeth Warren,” said Kate Constantini, campaign spokesperson. “Finello is so far outside the mainstream of our community, she can’t even see the center.”

“We wish her luck trying to sell her far-left message to our centrist, pragmatic community,” Constantini continued. “She’s living in a bubble and clearly doesn’t understand the very community that she seeks to represent.”

Constantini also touted Fitzpatrick being ranked as the most bipartisan member of the U.S. House in the first year of the 116th Congress as proof that he fits the district.

As referenced in the ad, Fitzpatrick voted for the GOP tax reform bill in 2018, but voted against the GOP bill to repeal the Affordable Care Act in 2017.