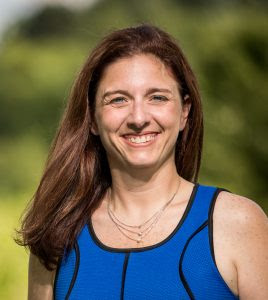 Christina Finello, an Ivyland Borough Councilwoman, has won the Democratic Primary for the 1st Congressional District.

Finello garnered 77% of the vote, while Skylar Hurwitz, a technology entrepreneur and small business owner, received 23% of the vote with 193 of 347 precincts reporting. The AP declared Finello the winner early Wednesday morning.

Thank you to the voters of Bucks and Montgomery Counties for their desire for positive, impactful change. As your Congresswoman, it is simple: the interests of our district will always come first. The middle-and-working class people of our country will be my priority. pic.twitter.com/LQzRianEzF

Finello was endorsed by the Bucks County Democratic Party, while Hurwitz had the backing of the progressive group, Our Revolution Pennsylvania.

Finello will go on to face the winner of the matchup between Rep. Brian Fitzpatrick (R-Bucks) and Andrew Meehan, a pro-Trump Republican and financial advisor, in November. As of Wednesday morning, Fitzpatrick held a 12 point lead over Meehan with 193 of 347 precincts reporting.