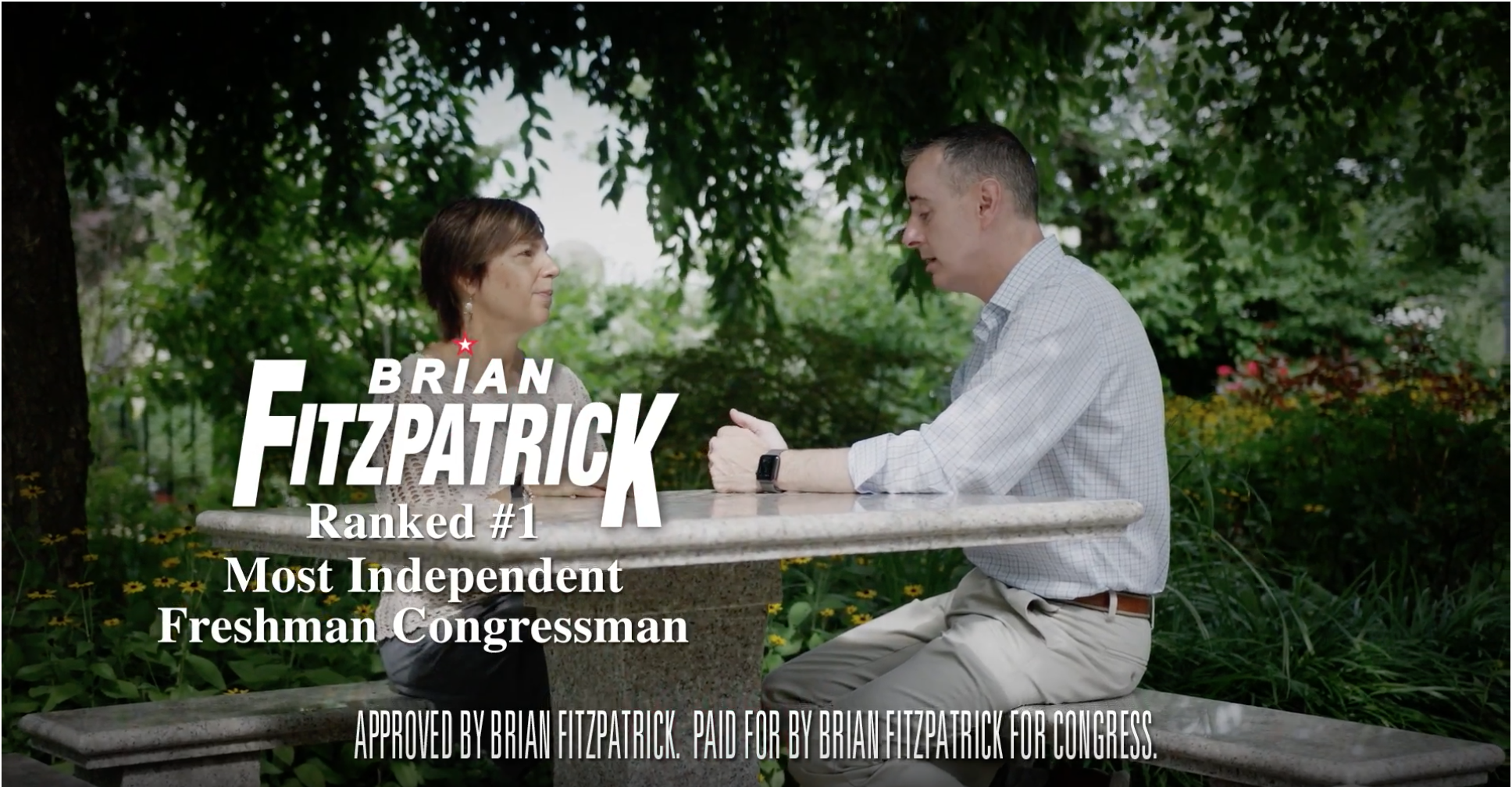 Incumbent Rep. Brian Fitzpatrick, Republican candidate for Pennsylvania’s 1st Congressional District, released a television ad highlighting the story of a constituent losing a loved one to a drug overdose and how elected officials should combat the epidemic.

“Brian Fitzpatrick brings a passion to fighting opioid addiction for so many families,” says Pam Garozzo to open up the ad. “He’s our champion and our advocate.”

The 30 second television ad titled, “Championing the fight against the opioid crisis” shows Garazzo detail her personal loss and how Fitzpatrick is giving those affected by the opioid epidemic a voice.

“As the #1 ranked most independent freshman congressman in the nation, Rep. Fitzpatrick has consistently made the devastating opioid epidemic a top priority,” said Genevieve Malandra, spokeswoman for Team Fitzpatrick. “He is an author of the Interdict Act which helps stop fentanyl and other deadly synthetic opioids from flowing over our borders into our local Bucks and Montgomery communities and reaching the hands of our children, which is why he has been endorsed by both law enforcement and patient advocacy groups alike.”

The Wallace campaign believed the Congressman’s ad does not prove action.

“Brian Fitzpatrick talks a big game about his effort to reduce the devastation of the opioid epidemic in our district, but the truth is – he accepted thousands of dollars in campaign contributions from an opioid manufacturer even as they were being sued by Bucks County for their role in causing and perpetuating the opioid crisis, and voted against requiring health care plans to provide treatment for substance use,” said Zoë Wilson-Meyer, communications director for Wallace for Congress. “We need more than talk about the opioid crisis ravaging families in Bucks and Montgomery Counties, we need to start treating this as the public health crisis it, and increase federal funding to start implementing the prevention and treatment programs that save lives.”

The Fitzpatrick campaign also touted a bill to aimed at assisting medical professionals.

“Most recently the U.S. House of Representatives passed Rep. Fitzpatrick’s Reach Out Act which will ensure that the medical professionals in our communities are equipped with the latest tools for preventing prescription abuse, including non-opioid pain management,” said Malandra.

Recent ads from Fitzpatrick have attacked Wallace on taxes, while the Democratic candidate hit the incumbent by tying him to big oil corporations and voting for the GOP tax reform bill in his first television ad.

The article was updated with a response from the Wallace campaign.