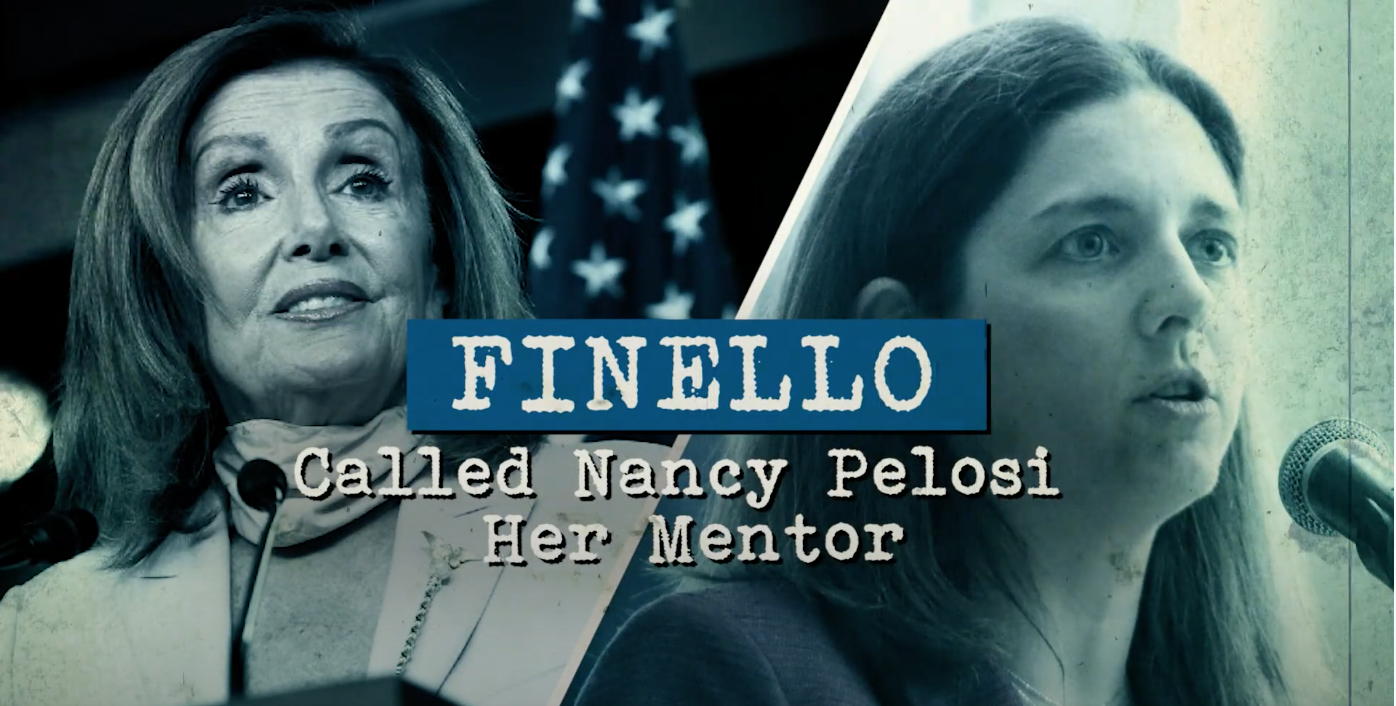 A GOP super PAC is on the Philadelphia airwaves tying Democratic challenger Christina Finello to Speaker Nancy Pelosi (D-CA) and what they describe as her “radical agenda.”

“Who does Christina Finello fight for,” a voiceover asks in the beginning of the ad. “We know one thing, she doesn’t fight for us.”

“Finello called Nancy Pelosi her mentor and now Christina Finello is backing her radical agenda, supporting a bill that would release convicted criminals onto our streets, including violent felons, allowing murderers and rapists to roam through our communities and charging taxpayers millions of dollars to do it,” the voiceover continues.

“Too extreme. Too dangerous,” the voiceover says towards the end of the ad.“Christina Finello doesn’t fight for us.”

The Finello campaign fired back in a press release slamming the attack ad, describing the charges made as “baseless” and a “misleading Trump-style attacks to attempt to deflect from Fitzpatrick’s record of siding with Donald Trump throughout the pandemic and failing to provide assistance to working families of Bucks and Montgomery Counties.”

“By allowing these attacks on the HEROES Act to go unchecked, Brian Fitzpatrick is not defending Main Street, but decimating it,” said Finello. “The HEROES Act provided much-needed relief for first responders, teachers, essential workers, working families, and small businesses and yet Fitzpatrick saw fit to vote against it.”

Finello added that through this ad, Fitzpatrick is lending a “hat tip to Trumpian politics,” although the ad is from an outside group.

“The ad echoes Trump talking points claiming the HEROES Act would “allow the release of dangerous prisoners,” but fact-checkers have made clear this is just another lie from the President,” written in the Finello press release.

The HEROES Act, which is referenced in the ad, was unanimously opposed by the state’s GOP congressional delegation, plus Reps. Conor Lamb (D-Allegheny) and Susan Wild (D-Lehigh), who cited bucking their party on this vote because they believed that the legislation lacked bipartisanship.

A spokesperson from Defending Main Street told PoliticsPA that the commercial cost for the total ad buy is $109,009 and is currently airing. FCC records show it on cable TV throughout the district.

According to the PAC’s candidate page, it also backed Fitzpatrick in his 2018 and 2016 bid for office. The only other time it supported another Pennsylvania candidate was in 2016 by endorsing then-Rep. Bill Shuster (R-Blair).

A slew of internal polls in this race paint completely different pictures of the showdown. GOP internal polls over the summer have shown Fitzpatrick up by double digits, while Democratic internal polling shows Fitzpatrick and Finello neck and neck. However, one constant in this polling is that former Vice President Joe Biden holds a lead over President Donald Trump in this purple-trending-blue suburb of Philadelphia.