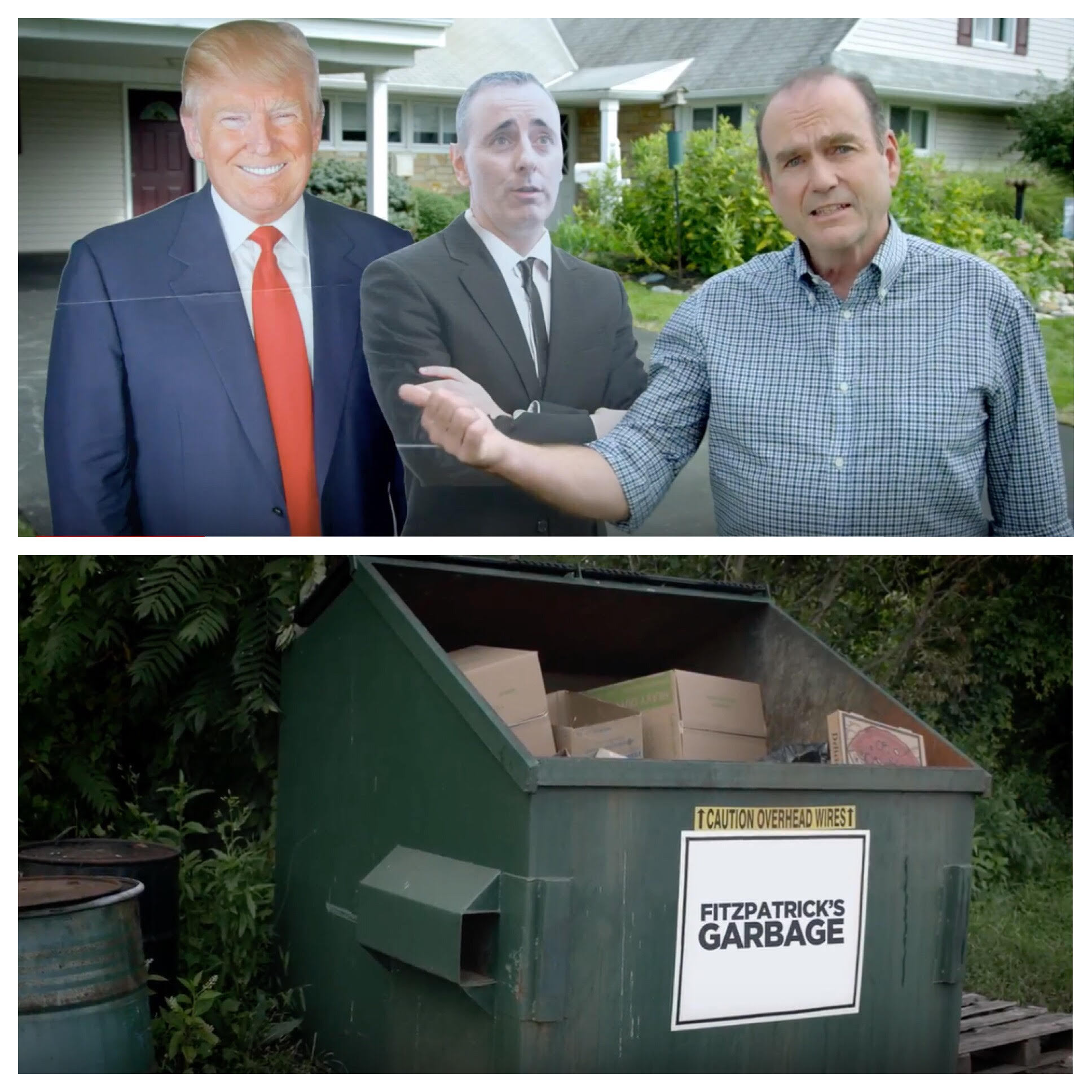 Who is the Independent candidate?

Rep. Brian Fitzpatrick (R-Bucks) has made it a central theme of his campaign to brand himself as the “Independent” candidate in the race against Democratic challenger, Scott Wallace for the 1st Congressional District. Fitzpatrick won in 2016 by nearly 10 points over his Democratic opponent, Steve Santarsiero, but the newly drawn district went for Secretary Hillary Clinton by 2 points.

Wallace’s two newest ads take a swipe at Fitzpatrick by tying him to Trump, while branding himself as the Independent choice and responding to a previous attack ad from the GOP candidate meant to show a difference in their records on safety issues.

Wallace’s thirty second ad, “Independent” shows the candidate standing next to cutouts of Fitzpatrick and Trump, and attacking them for stances on abortion, healthcare, and tax reform.

“I’m running against this guy because we need an Independent Congressman who will stand up to this other guy,” Wallace says to start the ad.

“Fitzpatrick and Trump both want to make abortion illegal,” Wallace says. “Fitzpatrick voted with Trump to end protections for people with pre-existing conditions and Fitzpatrick voted for Trump’s tax law that gives 83% of the benefits to the top 1%.”

The Fitzpatrick campaign said this ad and the DCCC’s ads are lying about his record.

“This latest ad is false, deceptive, and a flat-out desperate lie intended to distract from Scott Wallace’s support for a single-payer, government takeover of healthcare,” said Genevieve Malandra, Spokeswoman for Team Fitzpatrick. “Scott Wallace’s single-payer healthcare scheme would jeopardize the employer-sponsored health insurance of millions of Americans, bankrupt the country with its 32 trillion-dollar price tag, as well as limit the options of patients.”

“The DCCC needs to take down the TV ad and Scott Wallace needs to remove its mention from his website’s homepage,” Malandra said.

Wallace’s second ad, “Fake Orange” is a response to Fitzpatrick’s attack ad “You Decide” in which the GOP candidate attempts to draw a significant contrast in each’s background.

The ad continues with a Vietnam War veteran, Jim Thomson, a resident of Levittown speaking about Wallace’s background as a general counsel to the United States Senate.

“I fought for our country in Vietnam, my unit was mistakenly exposed to agent orange,” Thomson says in the ad. “I know it was Scott Wallace who helped uncover the damage done by Agent Orange and helped get guys like me the care and benefits we needed.”

A Monmouth poll released nearly two weeks ago shows Fitzpatrick has the edge over Wallace on keeping families safe, while Wallace is more trusted on healthcare affordability.

When it comes to keeping families safe, Fitzpatrick leads Wallace 40-30, with 22% saying they trust both equally.

On healthcare affordability, Wallace has a 39-33 lead over Fitzpatrick, while 20% saying they trust both candidates equally.