PA10: DCCC Places DePasquale in First Round of Red to Blue Program 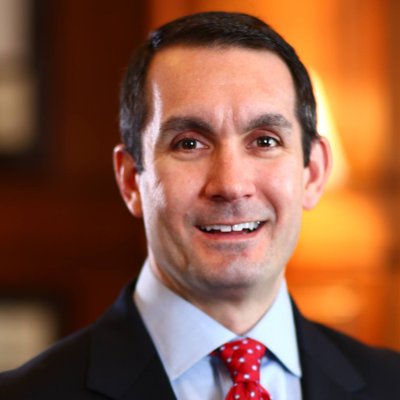 The Democratic Congressional Campaign Committee selected one race in Pennsylvania in their first round of challengers selected for their “red to blue” program.

Eugene DePasquale, the state Auditor General who is seeking the Democratic Party nomination for the 10th Congressional District, was named in the DCCC’s first round of challengers in their “highly competitive” red to blue program. DePasquale is one of twelve Democratic candidates named in the initial 2020 rollout and the lone Pennsylvanian on the list thus far.

In a release about DePasquale being selected, the DCCC cited a number of reasons including his “grassroots engagement, local support, campaign organization and fundraising.” The DCCC release also adds that they believe DePasquale has a “strong record of service,” and “an authentic message” that will connect with voters in the 10th District.

“Growing up in a working class family with parents who ran a neighborhood bar, Eugene DePasquale knows why hardworking Pennsylvanians feel the deck is stacked against them. As Auditor General, he’s built a career rooting out corruption and fighting for working families on issues like the rising cost of prescription drugs. Now, Eugene is ready to take his record of results, unquestionable work ethic and commonsense approach to Congress,” DCCC Chairwoman Cheri Bustos said. “Unlike the current representative of this Congressional District, Eugene will be a true advocate for working Pennsylvanians and their values.”

DePasquale and Tom Brier are both currently seeking the Democratic nomination for the 10th District to face Rep. Scott Perry (R-York).

Perry, who is currently serving his fourth term in Congress, edged out Democrat George Scott by just over 2.5 points in 2018 in the newly drawn district with boundaries that voted for President Donald Trump by 10 points in 2016. Perry’s latest bid was his closest victory since being voted into Congress in 2012 in the old conservative 4th District.

During the 2018 campaign, the DCCC added Scott into their “red to blue” program in August.

The National Republican Congressional Committee’s equivalent program, “Young Guns Program,” currently has one Republican challenger from Pennsylvania, Lisa Scheller, who is running for her party’s nomination in the 7th Congressional District, in the “on the radar” phase of the program.