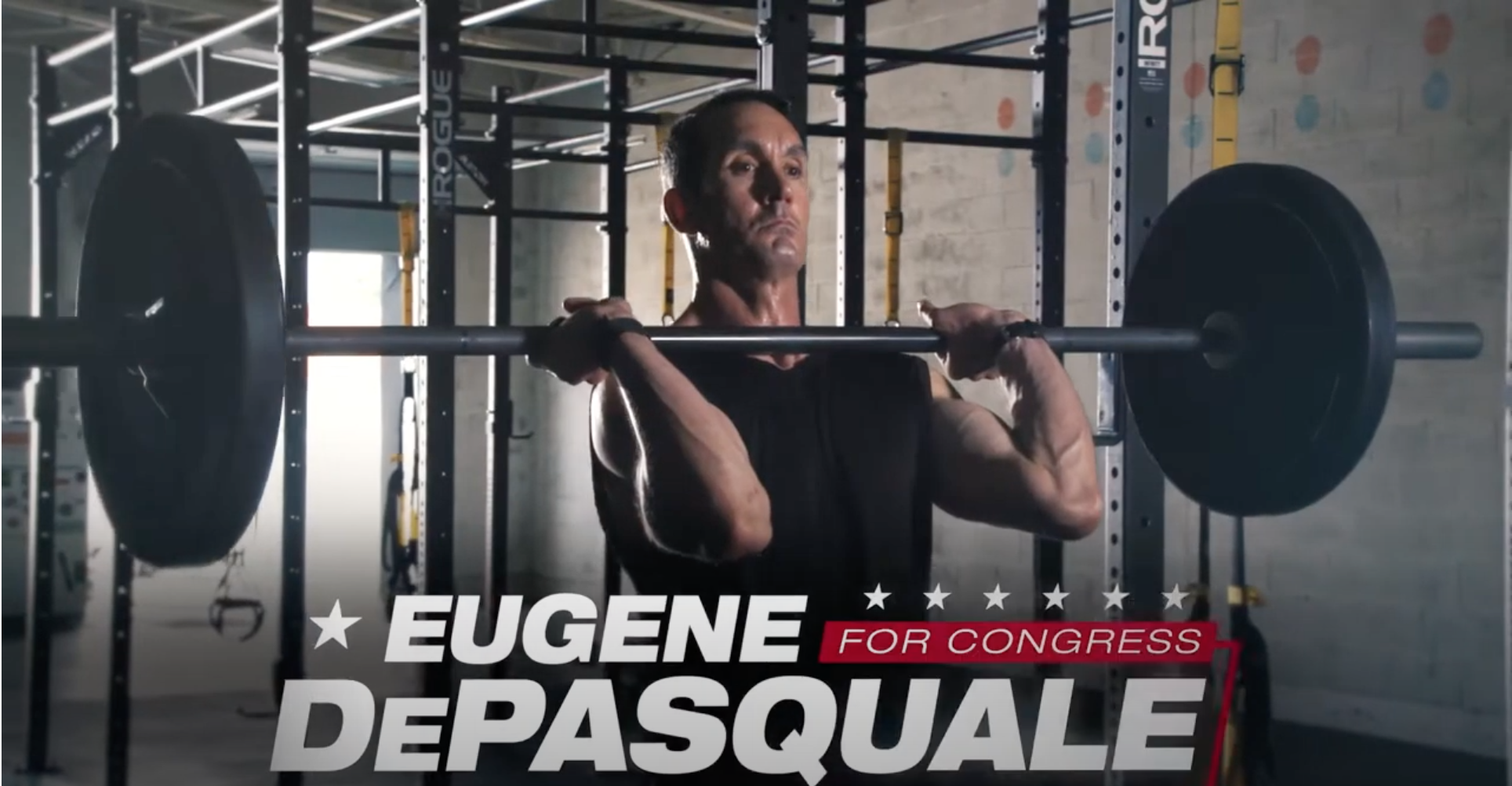 There’s a joke about people who do CrossFit.

“The first rule of CrossFit is you always talk about CrossFit.”

Eugene DePasquale is taking that ethos to the next level. The state Auditor General is on television with a new ad that shows off his fondness for the exercise trend. He is challenging Rep. Scott Perry (R-York) in the state’s 10th Congressional District.

The 30 second spot, titled “Punch Back,” shows the congressional hopeful working out and using it as a metaphor to his work ethic if elected to serving the district in south-central PA. It was first reported by the Pennsylvania Capital-Star.

“I’m Eugene DePasquale and you know what? Folks here at home are getting screwed by people in Washington,” he says, mid-workout in a weight room. “The rich, political insiders, big corporations,” he continues, “They’re all getting handouts and favors behind closed doors, while honest folks take it on the chin.”

“I’m running for Congress because that needs to change. We need more people down there, tough enough to stand tall and punch back,” he adds.

The tone is a page out of Perry’s book. He won a crowded primary in 2012 by emphasizing his own toughness, demonstrated by his military service.

The Congressman’s campaign took a shot at DePasquale, accusing the two-term Auditor General of being “incompetent” and using his position for “self-promotion.”

“Eugene DePasquale needs to spend less time doing pilates and taking selfies, and more time doing the job the people elected him to do,” said Perry spokesman Matt Beynon. “Because of his incompetence, hundreds of nursing home residents were put at risk. And because of his self-promotion, the auditor general’s office budget was cut.”

“Scott Perry is the one candidate in this race who has fought for the hardworking people of south central Pennsylvania, holding Congress accountable, stopping congressional pay raises, and ending wasteful spending,” Beynon continued. “Scott is a self-made man who rose from poverty to become a General in the Army and is now fighting every day for families in Congress.”

Pa. Republicans in the state have regularly criticized the COVID-19 response from statewide Democrats. There isn’t public polling on the subject specific to DePasquale, although Gov. Tom Wolf has consistently earned positive marks.

Perry, who is serving in his fourth term in Congress, edged out Democrat George Scott by just over 2.5 points in 2018 in the newly drawn district with boundaries that voted for President Donald Trump by 10 points in 2016. Perry’s latest bid was his closest victory since being voted into Congress in 2012 in a district that was far more conservative at the time.