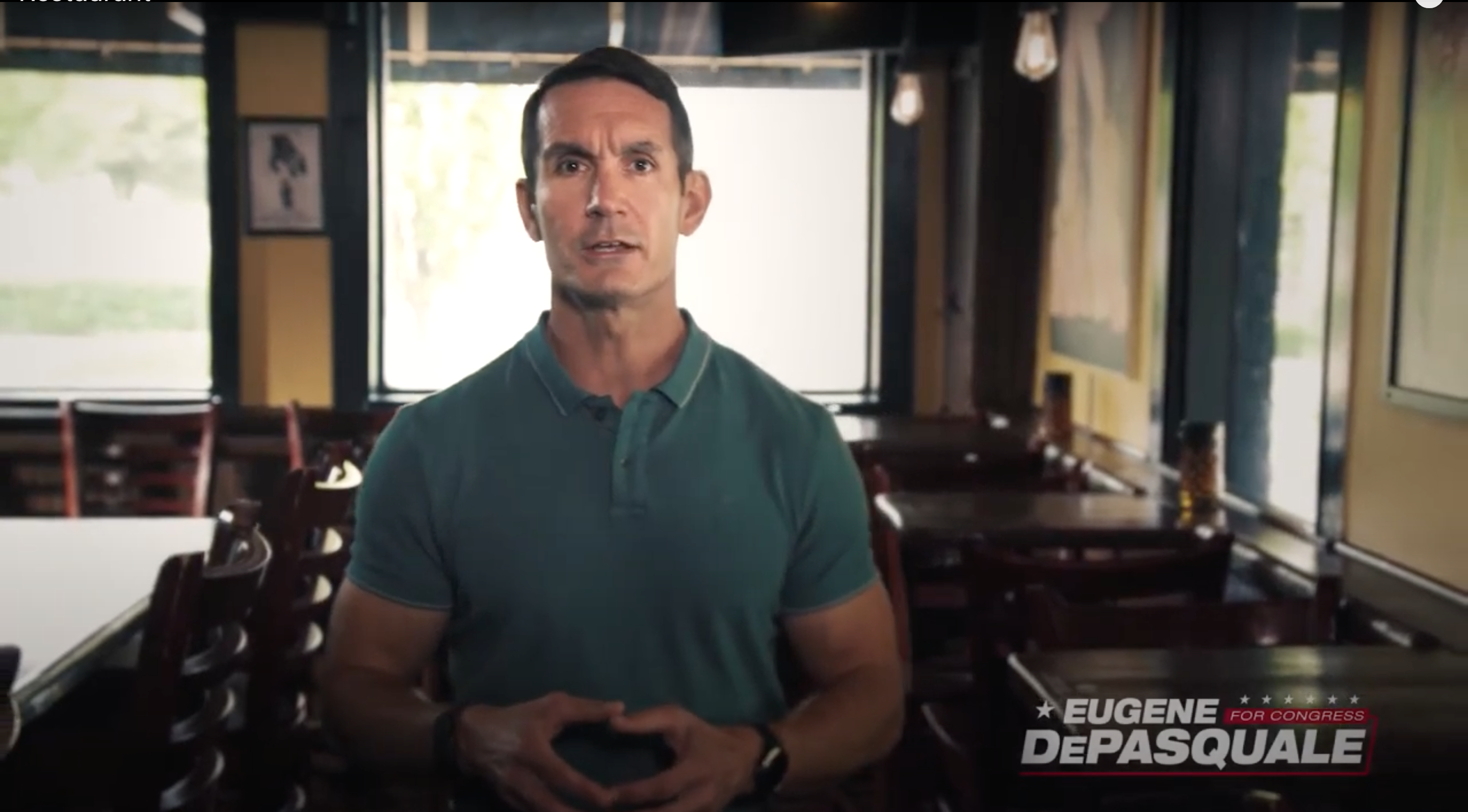 Eugene DePasquale, the state Auditor General challenging Rep. Scott Perry (R-York) in the state’s 10th Congressional District, is on television for the first time for the general election in an ad that highlights his working class roots.

First reported by the Pennsylvania Capital-Star, DePasquale’s 30 second spot, “Restaurant,” takes place in a bar as the candidate talks about his upbringing.

“I grew up in a bar,” DePasquale says, opening the door of a bar to begin the ad. “My family was working class. They owned a restaurant in the old neighborhood. When I wasn’t bussing tables, I umpired little league games and worked as a janitor to pay for college.”

“I learned a lot of life lessons from the people in my neighborhood,” DePasquale says to camera. “In Congress, I’ll be on your side because this community deserves a level playing field, not a system stacked against it.”

“I’m Eugene DePasquale and I approve this message because no one will fight harder for you.”

The Pennsylvania Capital-Star report noted that the ad “feels like a deliberate attempt to neutralize some of the working class cred claimed by Perry,” who grew up the son of a single mother; had no relationship with his birth father and grew up in a house without electricity or indoor plumbing, according to PennLive.

A spokesperson from the DePasquale campaign told the Capital-Star that the ad was “not a juxtaposition” from Perry’s upbringing, but instead an “introduction to voters in the district who don’t know who Eugene is.”

The Perry campaign responded to the ad by hitting DePasquale on a recent campaign finance violations complaint brought against the Democratic hopeful from a conservative group.

“We would like to congratulate Eugene DePasquale on uniting Republicans and Democrats together in filing campaign finance violation complaints against him,” said Matt Beynon, campaign spokesman in a statement to PoliticsPA. “Both sides agree that DePasquale’s corruption needs to be investigated and it’s clear that he’s been forced to launch his TV advertising in August to try and change the topic from his misconduct. Voters won’t be fooled.”

During the Democratic primary in late April, Tom Brier’s campaign threatened an FEC complaint against DePasquale, saying at the time that the candidate used his Auditor General campaign account in a way that boosted his congressional bid. However, due to a notarizing issue, no complaint was ever formally submitted. Brier endorsed DePasquale shortly after the primary race was called for DePasquale.