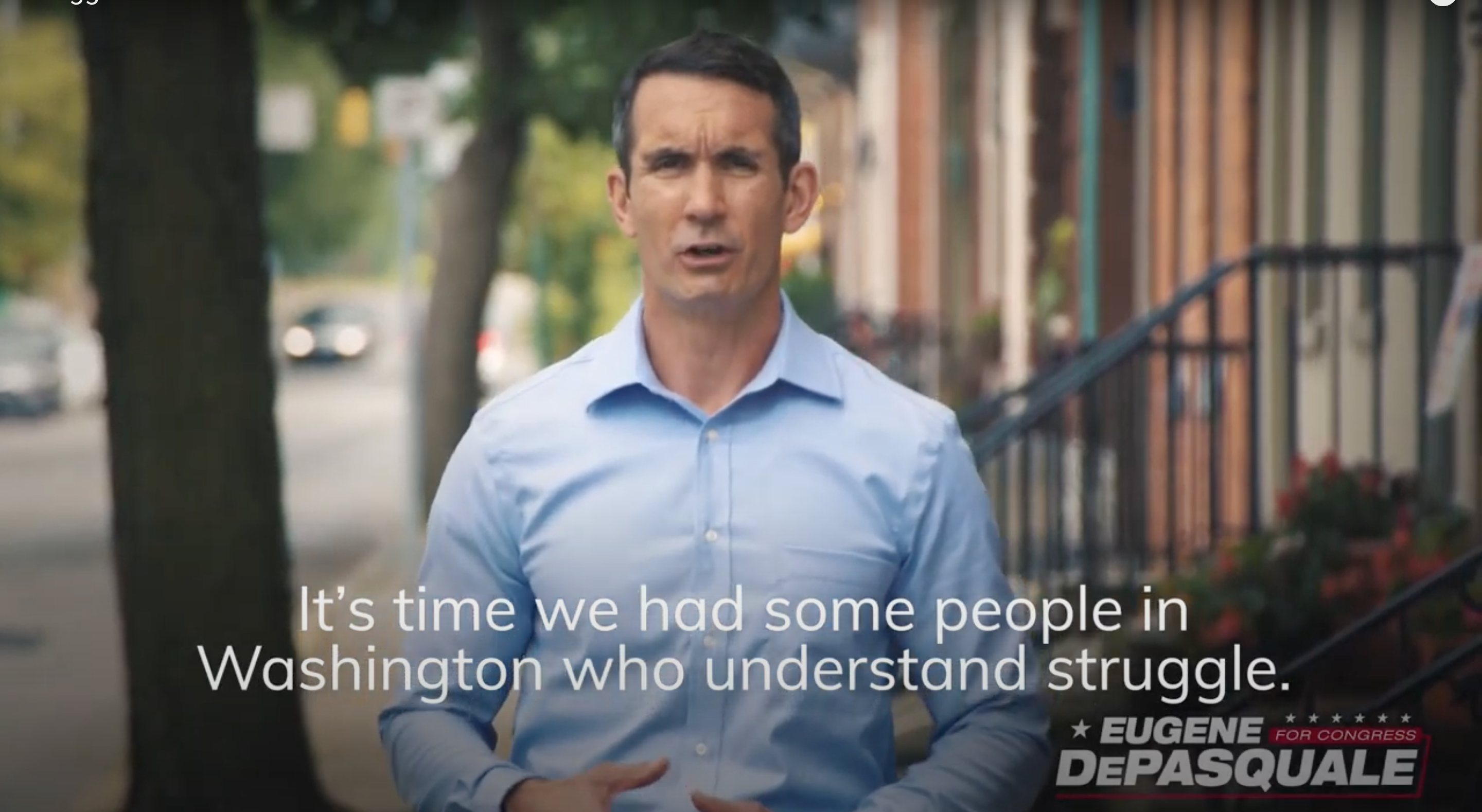 Eugene DePasquale gets personal in his latest TV spot.

In the 30 second ad titled, “Struggle,” the Democratic candidate for the 10th Congressional District talks about some of his family’s struggles growing up.

“Nobody’s life is easy,” DePasquale says in the beginning of the ad. “Mine is no different.”

“Dad was injured in Vietnam,” DePasquale continued. “He battled addiction when he got back, eventually landing in prison after getting hooked on painkillers.”

“My brother Anthony died from Muscular Dystrophy when he was 20,” DePasquale says. “I’ll never forget Dad coming to his funeral in shackles.”

The latter half of the ad contains DePasquale talking to the camera saying that leaders in the nation’s capital who “understand struggle” are needed.

“Leaders who actually get what real people face,” DePasquale says.

In a statement to PoliticsPA, DePasquale said that his family’s struggles help him relate to the challenges faced by the families in the 10th Congressional District.

“Growing up, I watched insurance companies deem my brother’s illness a pre-existing condition and refuse to cover him. I saw my dad, a war vet, end up in prison because of addiction and I’ll never forget him attending my brother’s funeral in shackles,” DePasquale said in a written statement. “I understand the challenges South Central Pennsylvania families face because I’ve lived them. In Congress, PA-10 residents can count on me to fight for them, day in and day out, because these fights are personal.”

Although Perry’s campaign has yet to detail his upbringing in a TV ad this cycle, the fourth term incumbent GOP congressman has talked about his childhood on the campaign trail in the past. PennLive highlighted Perry’s “unorthodox climb to Congress” in a 2018 story that details him being raised by his single mother, having no relationship with his birth father, and growing up in a house without electricity or indoor plumbing.

DePasquale’s latest spot strikes a different chord in comparison to the two previous ads that the Democratic candidate launched. In his 1st TV ad, DePasquale highlighted his working class roots by talking about working at his family’s bar while growing up. DePasquale’s second ad showed him doing CrossFit and used that as a metaphor that he would “fight back” against the “rich, political insiders, big corporations.”

None of DePasquale’s 3 TV ads have mentioned Perry by name.