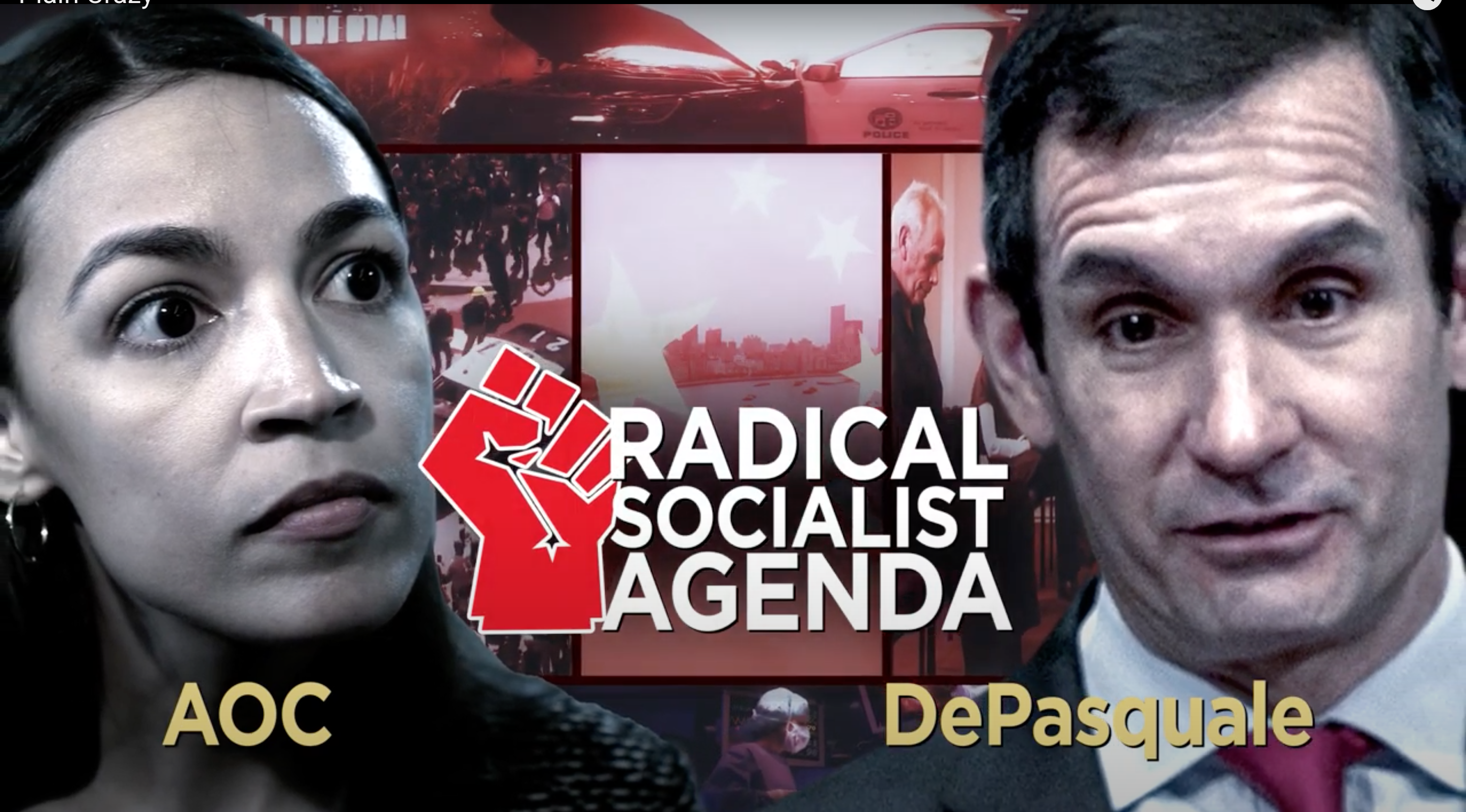 Linking the Democratic candidate to Rep. Alexandria Ocasio-Cortez (D-NY), the Green New Deal, and defunding the police appears to be the GOP playbook for the 2020 cycle in competitive districts across the nation. Rep. Scott Perry (R-York) is out of the gates attempting to tag his challenger, Eugene DePasquale to all three and more, in his first TV ad.

“Socialized Medicine takes away your private insurance and leads to long waits to see a doctor,” Perry says to camera at the beginning of the 30 second spot titled, “Plain Crazy.” “The Green New Deal kills Pennsylvania’s energy industry while giving China a huge competitive advantage.”

“Defunding our police? That’s just plain crazy,” Perry continues, as an image appears on the screen of Ocasio-Cortez and DePasquale with the label, “Radical Socialist Agenda.” “Yet AOC and Eugene DePasquale support all these plans.”

In the second half of the ad, Perry details his military service as proof he will never stop fighting to ensure that America isn’t turned into a “socialist nation.”

The DePasquale campaign fired back describing every charge in the attack ad as a lie.

“Literally everything Scott Perry says about Eugene in his attack ad is a bald-faced lie,” said Deputy Campaign Manager, Kunal Atit. “Perry can’t defend his record of putting his corporate special interest donors ahead of the people he’s supposed to represent, so he’s resorted to making things up completely.”

“The fact that Scott Perry has resorted to such blatant lies so early, shows he’s desperate,” Atit continued.

On DePasquale’s campaign website’s “Climate and the Environment” page, the Democratic hopeful says that the nation must take “aggressive action to truly tackle the climate change crisis, while creating good clean energy jobs.” He touts endorsements from the League of Conservation Voters and Clean Water Action Pennsylvania, but has said that he does not support the Green New Deal, according to a story from the York Dispatch in July 2019.

Perry, who is serving in his fourth term in Congress, edged out Democrat George Scott by just over 2.5 points in 2018 in the newly drawn district with boundaries that voted for President Donald Trump by 10 points in 2016. Perry’s latest bid was his closest victory since being voted into Congress in 2012 in a district that was far more conservative at the time.

This story was updated to note that DePasquale told the York Dispatch that he does not support the Green New Deal.