PA12: It Is Game On For Irwin, Lee, Dickinson 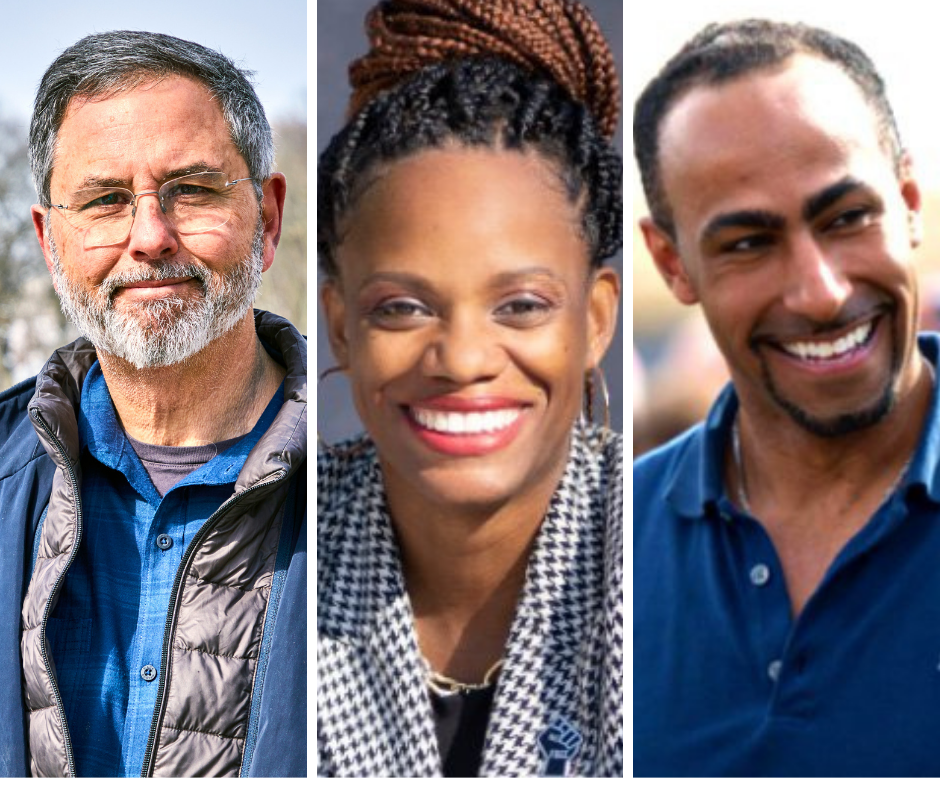 Steve Irwin is a corporate attorney. Summer Lee is a progressive state representative. Jerry Dickinson is a constitutional law professor.

Irwin has defended corporations against wage and discrimination complaints and represented companies against ADA lawsuits.

Lee, also an attorney, is running on a platform that includes Medicare for All, the Green New Deal, and support for the PRO labor reform act.

Dickinson, a Fulbright Scholar, says he’s motivated by a desire to leave his two daughters a better world.

Irwin has received the endorsement of Rep. Mike Doyle, who is vacating the seat, the Allegheny County Democratic Party, the International Brotherhood of Electrical Workers Local 5 and the Laborers District Council of Western PA. Lee has been endorsed by Bernie Sanders and the SEIU Pennsylvania State Council. Dickinson was backed last week by the Teamsters Joint Council No. 40, an affiliate of the Allegheny-Fayette Central Labor Council that represents thousands of workers in western Pennsylvania.

It is game-on in the 12th congressional district.

The newly-drawn 12th contains the entirety of the city of Pittsburgh, along with much of the southern and southwestern suburbs and the western edges of Westmoreland County. Formerly the 18th District, it is solidly blue. Which is why the May 17 primary carries such weight.

After raising $328,000 during the last quarter, the Irwin campaign reports a haul of more than $600,000 for the first quarter of 2022. Lee and Dickinson, who raised $275,000 and $120,000, respectively, have yet to announce the January-March fundraising totals. All three official filings are expected in the next few days.

An internal poll commissioned by EMILY’s List, which is backing Lee, shows the state rep leading by 25 points over Irwin, 38-13. Dickinson was third at seven percent, while 40 percent of respondents were undecided.

In a Tuesday debate at Point Park College, there were few sharp policy contrasts, although there were distinct differences in governing style. One difference came on the question of working across the aisle.

Lee said that many in the GOP are obstacles and, “the best thing that we can do is to show and say who they are and to organize and build coalitions on the outside [and] get rid of them.”

Dickinson spoke about his background and experience, suggesting that his legal expertise could help craft legislative solutions and help work around Republican opposition.

The professor poked both Irwin and Lee in his closing remarks, criticizing Irwin’s firm for representing employers involved in labor disputes with their workers, and Lee for running for her state House seat at the same time she is campaigning for the U.S. House.