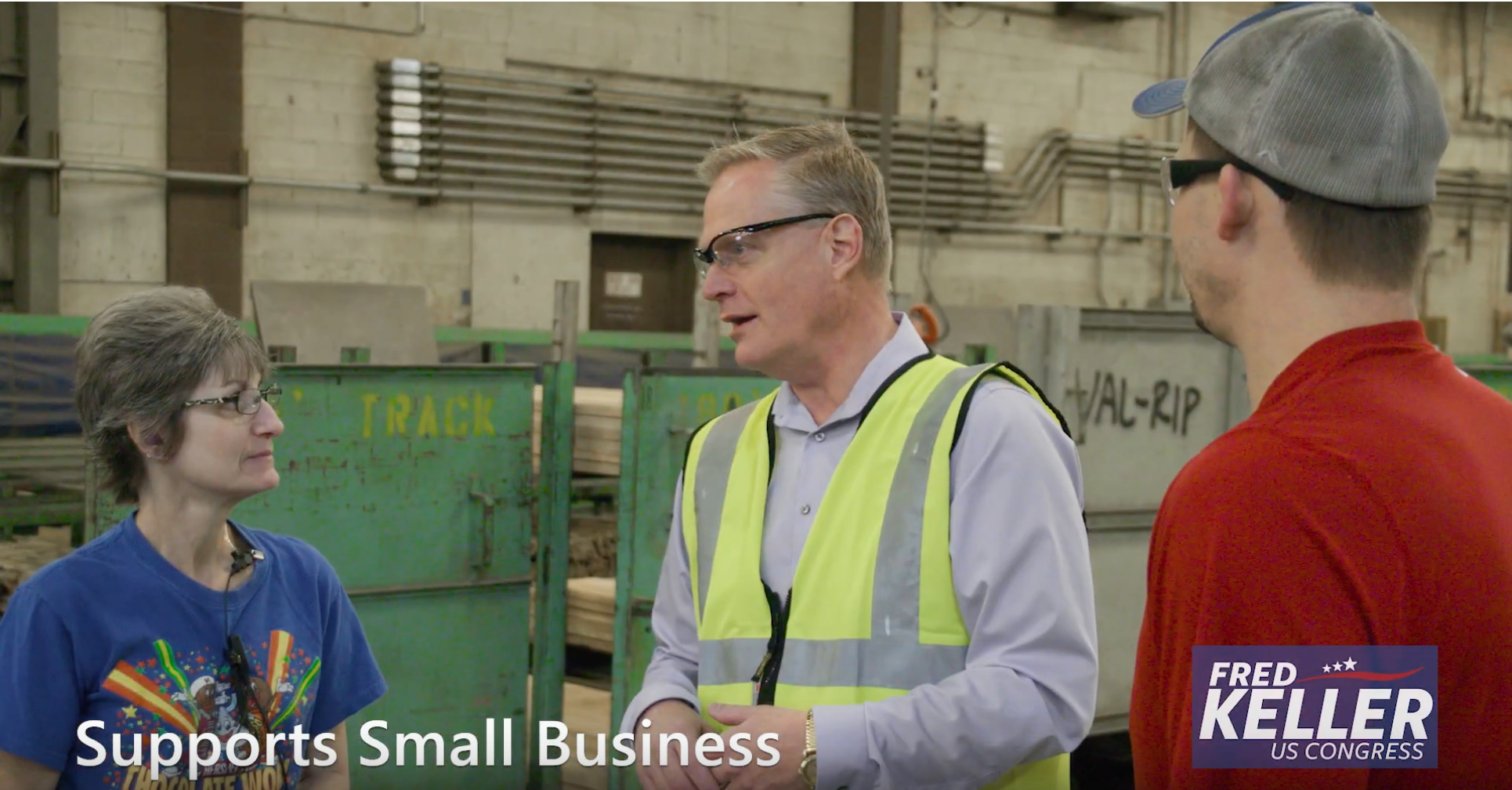 State Rep. Fred Keller (R-Snyder) launched his first two television ads of the campaign for the upcoming special election for the 12th Congressional District. He is facing Democrat Marc Friedenberg, a professor at Penn State University.

Both 30 second ads from Keller tout his upbringing, work ethic, conservative record in Harrisburg, and willingness to fight for President Donald Trump’s agenda.

The first 30 second ad, Meet Fred Keller, begins by briefly detailing his childhood and job as a factory worker following high school before he was elected to the state House eight years ago.

“Things weren’t always easy growing up. We lived in a house with no running water or electricity,” Keller says to begin the ad. “But in those tough times, I learned the values of working hard and telling the truth. I went straight from high school to work in a factory.”

The ad continues with Keller calling himself a “conservative Republican” who fought tax increases as a state representative and saying he’s running for Congress to “keep that same American dream alive.” Keller also boasts about helping Trump create more jobs and opportunities if elected.

The other 30 second spot, American Dream, channels a very similar message from the first ad, while also promising to “fight the liberal Democrats” agenda.

“As a conservative Republican in Harrisburg, I fought tax increases,” Keller says in the ad. “In Congress, I’ll fight the liberal Democrats and their socialist Green New Deal. And I’m going to help President Trump create more jobs and expand opportunities for all of us.”

The Friedenberg campaign did not immediately respond for comment on the ads.

The 12th Congressional District was represented by Rep. Tom Marino (R-Lycoming) from 2011 until earlier this year, when the fifth term Congressman decided to retire, citing health issues.