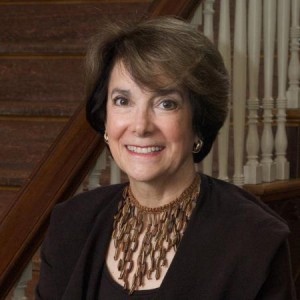 Former Congresswoman Marjorie Margolies-Mezvinsky said she may take a run at her old seat now that Rep. Allyson Schwartz is eying the Governor’s mansion. She’s well connected, and her in-laws are Bill and Hillary Clinton.

“It is premature, because we have a Congressperson in office now, but it is true that I am talking about it with party leaders and family members,” Margolies-Mezvinsky told Larry Kane.

“It’s too early to have even a legitimate discussion,” she said.

She served in Congress from 1993 to 1995 when the 13th was a swing district. Observers attribute her loss to her deciding vote on President Bill Clinton’s 1993 budget and support for Clinton’s health care proposal.

In case that wouldn’t be enough to win the former President’s support, she has a more personal appeal: her son Marc married Chelsea Clinton in 2010.

“She has received the blessing of major Democratic Party leaders, and is being encouraged by President Bill Clinton,” KYW reports.

A Clinton fundraising push and appearance in a few television ads could be enough to win her the nomination in the now safely Democratic 13th district.

Margolies, 70, remained a major figure in Democratic politics even after her defeat, including a 1998 run for Lt. Governor. She married former Iowa Congressman Edward Mezvinsky and the two raised 11 children.

No surprise that she so deftly orchestrated a buzz-building story: prior to her election she was a broadcast journalists for several Philadelphia stations. Presently she teaches at U Penn’s Fels Institute of Government. One of her current courses, “explores the role of media in politics and discusses strategies for using media resources for greatest effect.”

She is the President and founder of Women’s Campaign International, a non-partisan group that seeks to educate women in developing countries and bring them into leadership roles in civil society.