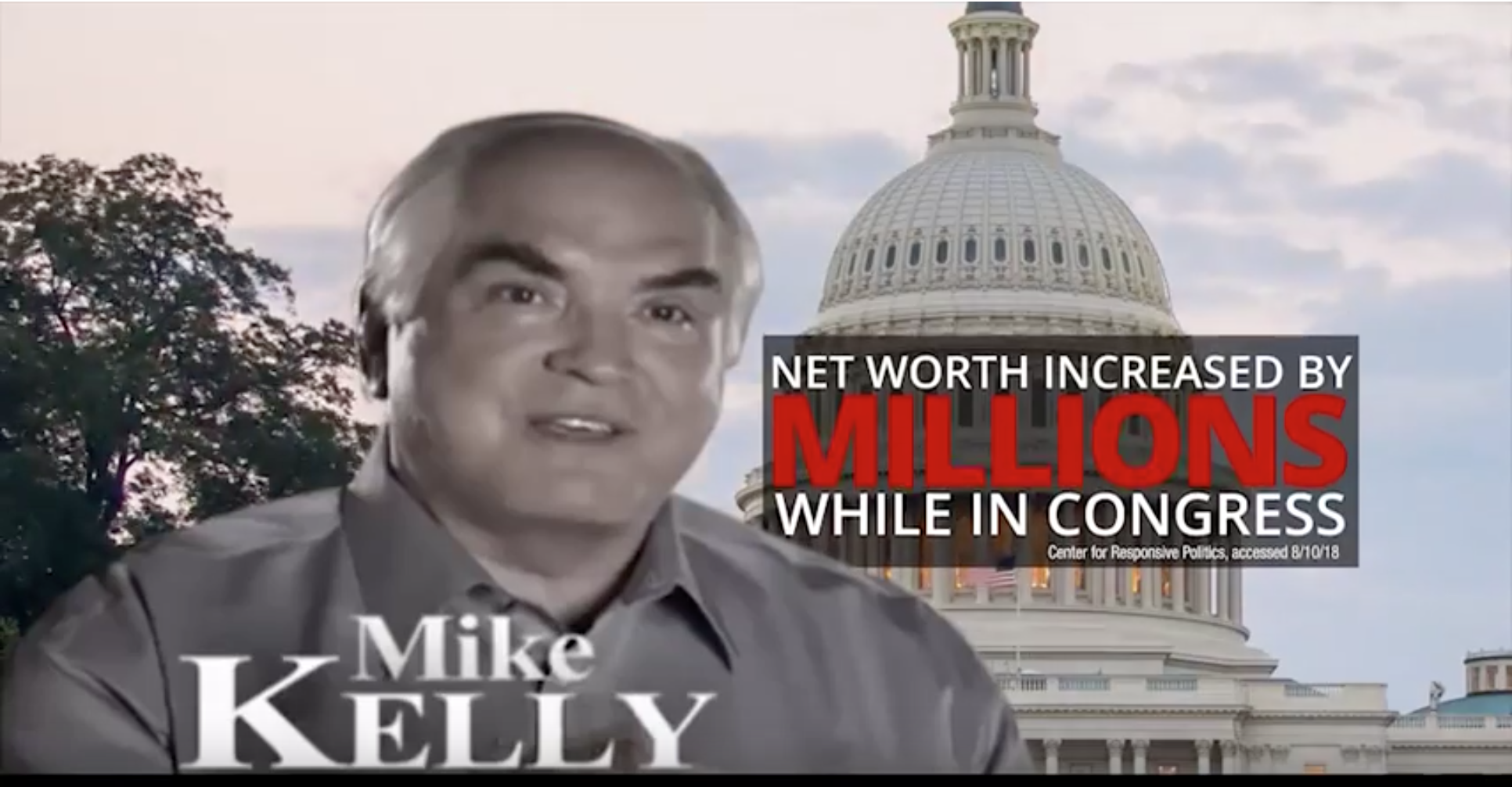 A punch is dealt.

This week, the Democratic Congressional Campaign Committee made a $107,000 ad buy into the Pittsburgh market on cable and broadcast for the race between Rep. Mike Kelly (R-Erie) and Democrat Ron DiNicola.

This ad buy, roughly airing from September 25 to October 1, is the first ad buy the DCCC had made into Pennsylvania.

The Kelly campaign thinks the introduction of the DCCC into the race as a sign the far left wants DiNicola in office.

“Our campaign is not surprised to see that Nancy Pelosi and her political team are doing whatever they can to elect Ron DiNicola,” said campaign spokesman Mike Barley. “She needs his vote to become Speaker again and the far-left wants his support for their radical agenda.”

The DCCC has also released its first 30 second television ad, “Dealer” hitting Kelly on the tax reform bill and accusing him of passing the bill to help increase his networth.

“2010: Car dealer Mike Kelly is elected to Congress,” said at the beginning of the ad. “And while there, his net worth increased by millions. So it’s no surprise he helped write legislation to give special tax breaks to car dealers, like himself.”

The rest of the ad attempts to contrast the career of DiNicola.

“From leading the charge to give special tax breaks to his fellow car dealers, to increasing his wealth by $10 million while in Washington, it’s clear that Mike Kelly’s priority is to look out for himself, not the people of Western Pennsylvania,” said DCCC Spokesperson Amanda Sherman. “It is time for a change, and with a proven track record of winning tough fights and standing up for workers in Pennsylvania, Marine Veteran Ron DiNicola is up to the challenge.”

The Kelly campaign believes the ad to be totally false.

“The notion that Congressman Kelly’s individual wealth is at all related to his work in Congress, especially the Tax Cuts & Jobs Act, is desperate, ridiculous, and totally false,” Barley said. “It’s a flat-out lie.”

While fighting back at the DCCC ad, the Kelly campaign did boast about the GOP tax reform bill, believing it has helped the people of Western Pennsylvania.

“Thanks to Congressman Kelly’s leadership, Congress was able to pass the first tax reform law in 31 years that lowered taxes for everyone and helped all businesses grow,” Barley said. “The results are undeniable: more take-home pay for middle-income families and workers and a booming economy with more job openings than ever before. With millions of taxpayers now getting to keep more of their hard-earned money, the Tax Cuts & Jobs Act has been a huge win for everyone in Western Pennsylvania. When a law is this successful, the only thing its opponents can do is lie about it.”

The DiNicola campaign has also focused on Kelly’s support of the GOP tax reform bill in ads and echoed the sentiment in the DCCC attack ad.

“Our focus is making sure voters know there is a clear choice between Ron, who has a record of service in the Marines and fighting for local workers who were getting shafted by the federal government, and Congressman Kelly’s record of enriching himself in Congress, including his support of the ‘Kelly Kickback’,” said Tony Coppola, DiNicola’s campaign manager.

Despite the DCCC ad buy, the Kelly campaign feels confident that their message is resonating with voters.

He is focusing on the issues that matter most to Western Pennsylvanians, including making the tax cuts for middle-class families permanent, protecting health care for workers and seniors, strengthening our military, and fulfilling our nation’s commitment to our veterans,” Barley said. “At the end of the day, we’re more confident than ever that Congressman Kelly’s successful record will earn him another term.”