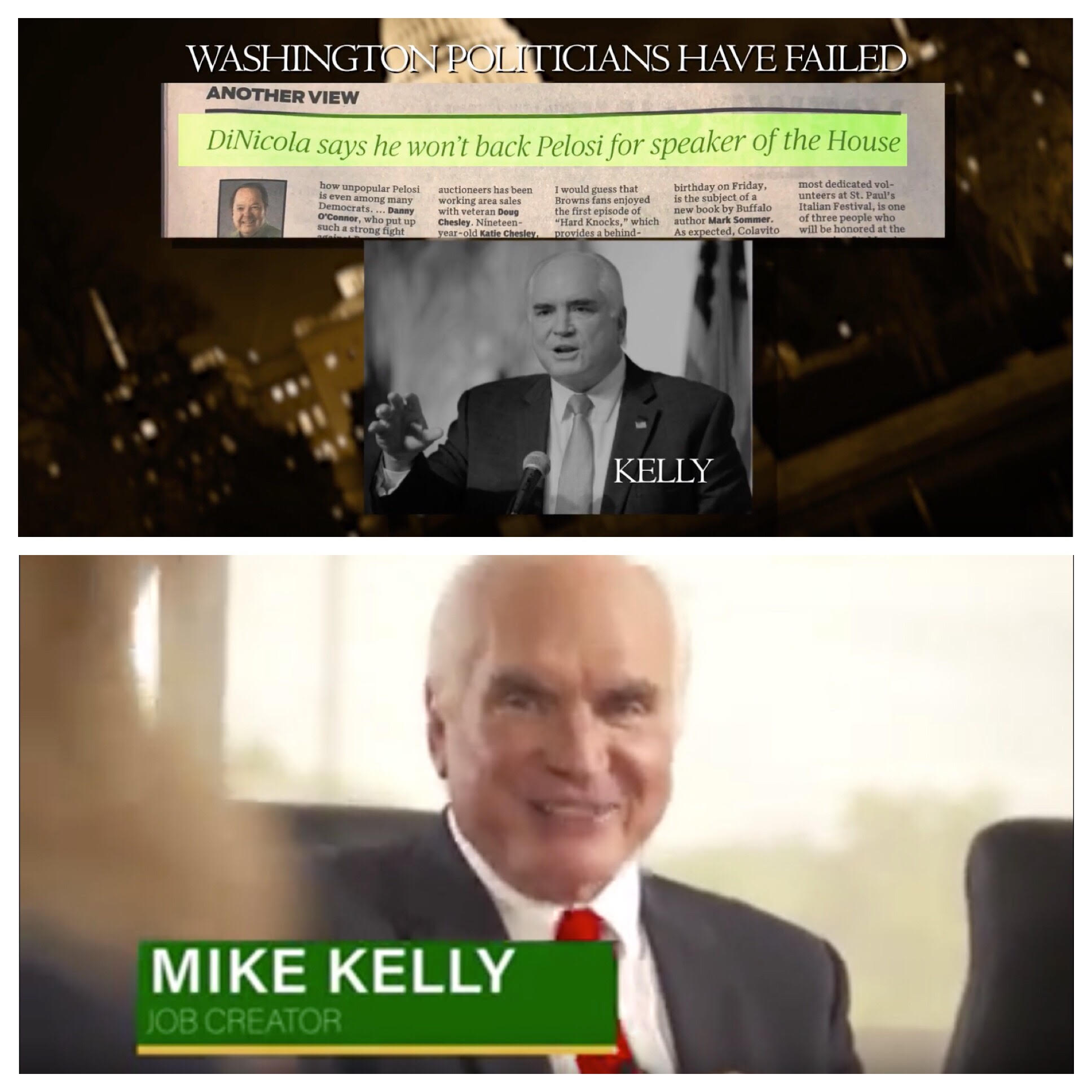 In multiple ads, Kelly has touted his support for the GOP tax reform bill as the reason for the current state of the economy. DiNicola criticizes Kelly for this vote and has stated that he would not vote for Rep. Nancy Pelosi for Speaker of the House if elected to the House of Representatives.

The latest series of ads in this race champion the same messages.

Kelly’s thirty second spot details recent economic statistics, while boosting his image as “one of us.”

“He’s a job creator who works for Western Pennsylvania, Mike Kelly,” the voiceover says to begin the ad. “When families and businesses were struggling under high taxes, Mike Kelly cut taxes to put money back in our pockets and create more jobs and higher pay.”

“Mike’s leadership helped drive unemployment to its lowest level in nearly 50 years and job openings at an all time high,” the ad continues. “Mike works for us because he’s one of us.”

The DiNicola campaign did not immediately respond to comment on this specific ad.

DiNicola’s newest 30 second ad continues to distance himself from Pelosi, but this time tries to pin Kelly with the former Democratic Speaker of the House.

“This isn’t about political party,” DiNicola says in the ad. “Washington politicians like Mike Kelly and Nancy Pelosi have both failed. There’s only one way to change Congress, vote them out.”

DiNicola details his background as a Marine in the beginning of the ad and his belief that special interests “call the shots” in Washington D.C., while the middle class is getting “squeezed by unfair trade deals” and the millionaires are receiving tax breaks.

Kelly’s campaign believes this ad is an attempt by “far-left leaders of the Democratic Party” to fool voters of this district, and state their belief that DiNicola will advocate for the progressive wing of the party.

“They know that the agenda-setters of Ron DiNicola’s radical party are openly planning to raise taxes, open the borders, replace everyone’s health care insurance with a government-run plan,” said Mike Barley, campaign spokesman. “They know that a vote for Ron DiNicola is a vote to put Nancy Pelosi in charge of Congress again. Nothing can change that fact. Our district needs a conservative leader like Mike Kelly back in Congress to keep working with President Trump to keep our country moving in the right direction.”

Trump won this newly drawn district by 20+ points in 2016, but the Democratic Congressional Campaign Committee made this is the first race they entered in the state of Pennsylvania in 2018 in hopes of flipping the seat.

FiveThirtyEight currently has the race as Likely Republican.