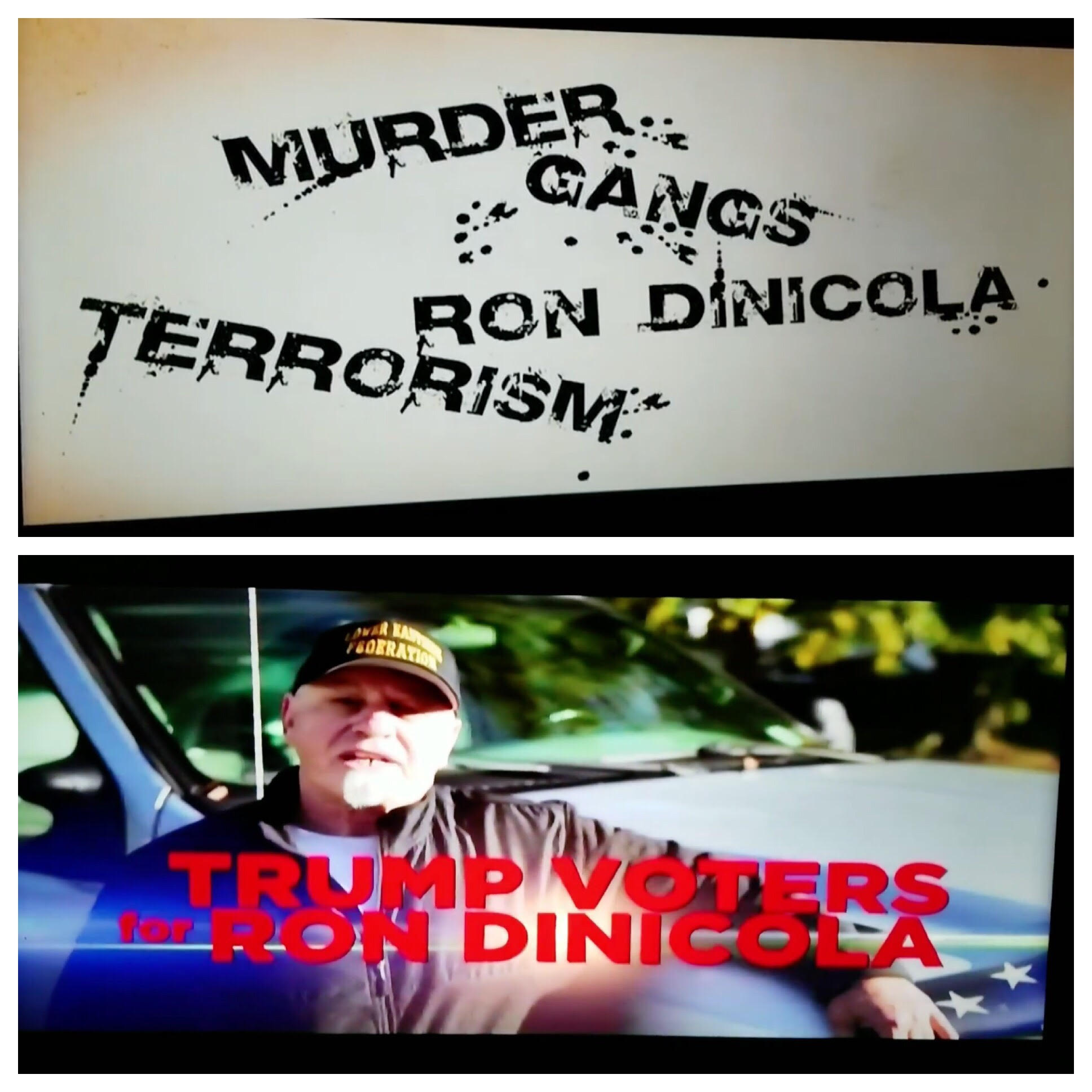 Trump won the newly drawn district by 20+ points and packed an arena in Erie for a rally in an attempt to boost Kelly’s campaign just a couple of weeks ago. DiNicola’s ads have often centered around his background as a Marine and opposing the GOP tax reform bill, while this ad goes directly to speak to voters who voted for Trump, but may be on the fence on who to select for Congress.

The somewhat ties into another recent DiNicola ad in which the Democrat attempts to tie Kelly in with Democratic House Minority Leader Nancy Pelosi, although this ad specifically addresses Trump by name.

Those in the video continue to tout their belief that Ron is fighting for the “working man” and that Kelly is not a change agent in Washington, while taking another page out of the Trump playbook of a familiar word the 45th President often uses.

“Congressman Kelly is part of the swamp,” a person in the ad says. “I voted to change Washington two years ago. I still want change.”

The image across the screen in most of the ad in red bold reads, “Trump voters for Ron DiNicola.”

Kelly’s most recent ad follows a message that he has touted in the past about DiNicola’s past as a lawyer.

“Murder, gangs, terrorism and Ron DiNicola,” is how the ad begins with a voiceover. “As a California lawyer, DiNicola helped a crips gang leader, a man who aided a leading sponsor of terror and DiNicola represented a murderous Mexican drug lord, who kidnapped, tortured and killed one of our DEA agents.”

The ad continues to make the case that DiNicola is the “wrong choice for us.”

An ad released over a month ago from Kelly’s campaign portrayed a similar message of labeling DiNicola as a “California lawyer” representing these same individuals and benefiting from crime.

Kelly’s ad also comes at a time in which Trump and various GOP candidates are rallying around immigration as an issue to rally the base.

Kelly lauded the Trump presidency during the October rally in his district, stating the following while he was on stage with him. “You are the best…” Kelly said of Trump. “I am so grateful and so thankful that an American citizen came out of nowhere to take the reigns and reform and recommit this country to the greatest nation the world has ever known.”

Neither campaign immediately responded to comment for this story.