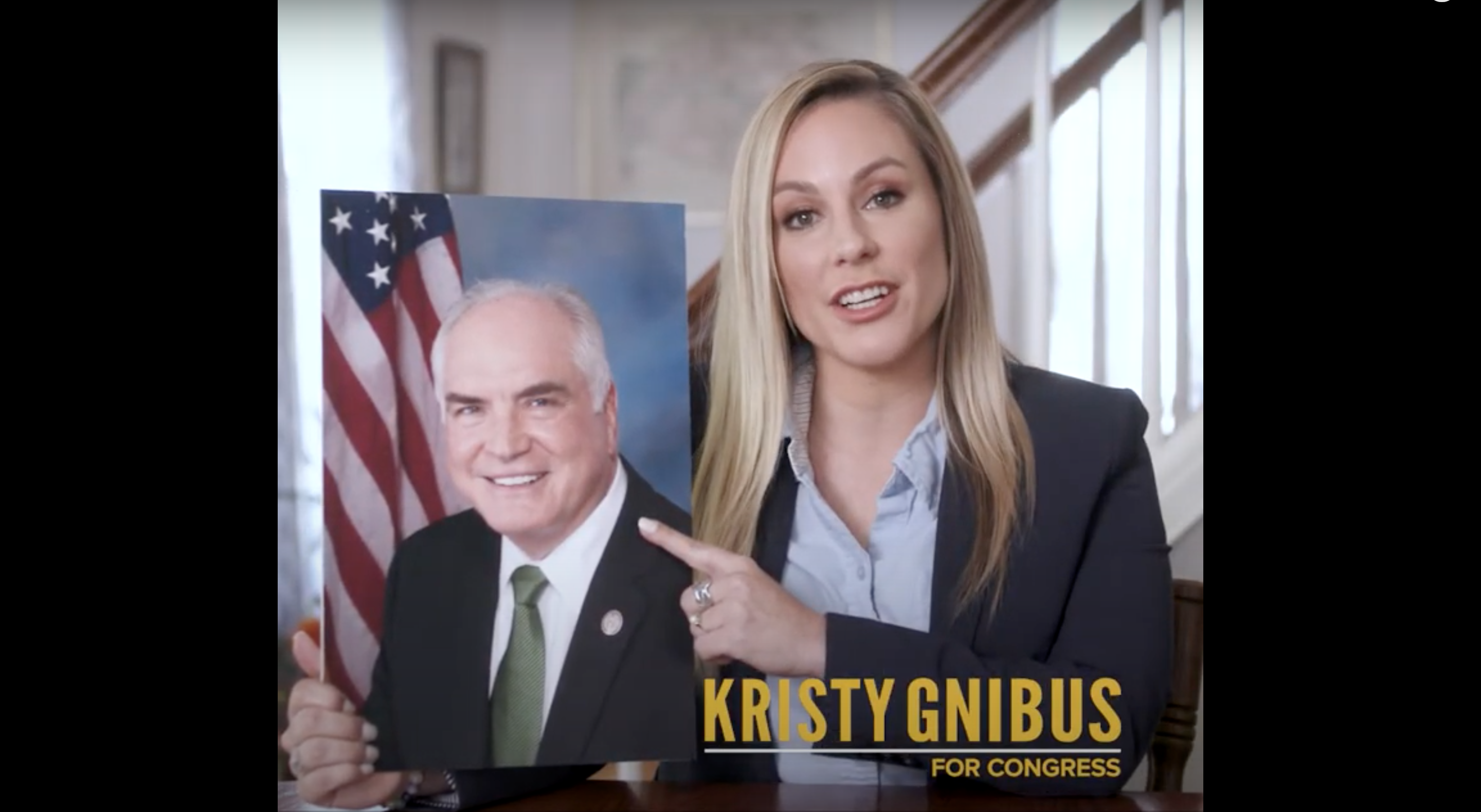 Kristy Gnibus, a teacher from Erie, launched her first 30 second TV ad in the race against Rep. Mike Kelly (R-Butler) on Wednesday. Her opening spot, “All You Need To Know” begins by attacking Kelly for his support of the GOP tax reform bill and his background owning car dealerships.

“So Congressman Mike Kelly is a millionaire car dealer, who fights for tax breaks,” Gnibus says to camera, while holding a picture of Kelly. “For car dealers.”

“Which tells you all you need to know,” Gnibus continues.

The second half of the ad pivots to her telling the audience her background as a single Mom, teacher, and cancer survivor who understands the working class struggle.

“I’ve juggled two jobs, and struggled to make ends meet,” Gnibus said. “I’m running for Congress because working people deserve someone who understands them – who is them.”

She ends the ad by saying that working class people deserve better than Kelly.

Kelly’s campaign fired back by saying Gnibus’s message won’t resonate with the voters of the district and touted Kelly’s support of President Donald Trump’s agenda.

“Nobody is buying what this ad is selling. Between this and her internal push poll, we see a desperate, out of touch candidate that is virtue signaling to coastal elites to raise money,” said campaign manager Melanie Brewer. “The reality is, Representative Kelly helped author the bill that put over $2000 more per year into the pockets of western Pennsylvanians, which combined with President Trump’s America First trade policies built the nation’s best economy in half a century.”

Brewer continued to promote Kelly’s background owning car dealerships by saying that he’s the only candidate in the race who “has created jobs” and continued to boast about the GOP congressman’s support for funding law enforcement and defunding Planned Parenthood.

The poll that Brewer referenced in her response is a Public Policy Polling survey from June conducted on behalf of the Gnibus campaign that showed Kelly leading by 8 points, 48-to-40.

Ron DiNicola, who challenged Kelly in 2018, often used Kelly’s support of the GOP tax reform bill and owning car dealerships in attack ads last cycle. Kelly bested DiNicola in the 2018 election by just over 4 points in the Trump friendly district.

Inside Elections, Larry Sabato’s Crystal Ball, and the Cook Political Report all have the race rated as Solid Republican.