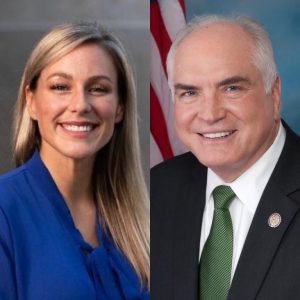 Rep. Mike Kelly (R-Butler) maintained his fundraising advantage over Democratic challenger Kristy Gnibus in the third quarter for the race in the 16th Congressional District.

The fifth term Republican has now raised $2.07 million in the election cycle-to-date and entered October with $1.32 million cash on hand.

Kelly is currently serving in his fifth term in Congress representing the Western Pennsylvania district. He bested Democrat Ron DiNicola in his most recent reelection bid by close to 4.5 points in 2018, in the Trump friendly district. His victory over DiNicola was his closest race since winning his seat in Congress.

Kelly had the largest margin of victory in 2018 among the three candidates that the DCCC is attempting to unseat in the state. The Butler County Republican represents the most Trump friendly district of the three targeted by the DCCC.