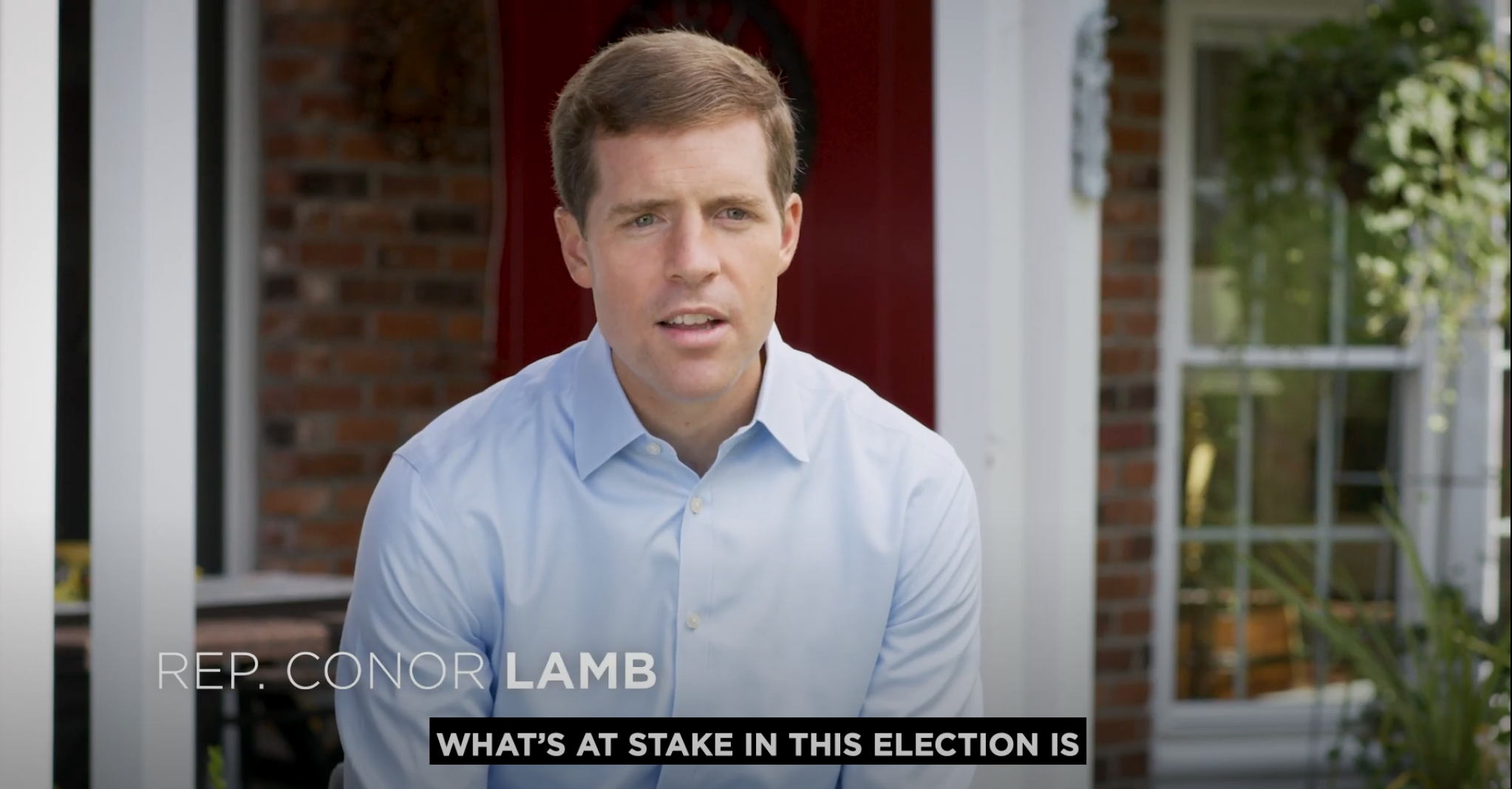 Protecting health care is a common talking point among Democrats running across the commonwealth this cycle. Rep. Conor Lamb’s (D-Allegheny) latest television ad says that health care is on the ballot in the upcoming election.

“What’s at stake in this election is whether you get to have health care or not,” Lamb says at the beginning of the 30 second spot, “At Stake.”

The incumbent Democrat continues to attack President Donald Trump over the matter and links his GOP opponent, Sean Parnell, to the president’s opposition to the Affordable Care Act.

“Millions of people have lost their health care under this President because of decisions he has made,” Lamb continues. “And my opponent says, ‘that’s great. Let’s have more of that.’”

“We should allow Americans to keep the health care that they have and do everything we can to make sure that they can pay less for it,” Lamb continues.

“A lot of people have lost their jobs, and they’re hurting,” Lamb says to the camera. “The last thing that we need to do is have one additional American lose their healthcare. And I’ll do everything I can to prevent that.”

“The fact is, while Sean was serving his country in Afghanistan his skull was fractured in combat, causing a traumatic brain injury that he still lives with today,” said Ian Prior, campaign spokesperson. “To spell that out for Lamb, Sean has a pre-existing condition, as do thousands of fellow combat veterans. That is why Sean has repeatedly said that he will fight to ensure that the law continues to guarantee coverage for people with pre-existing conditions.”

Lamb and Parnell jousted over the Affordable Care Act at a recent debate. Parnell reiterates his support for covering people with pre-existing conditions on his campaign’s website, without mentioning repealing the ACA. However, the GOP challenger mentioned supporting repealing the ACA at the debate and in past tweets, while also pledging to protect people with pre-existing conditions.

The Cook Political Report lists the race as “Leans Democratic,” while Inside Elections, and Larry Sabato’s Crystal Ball all have the race in PA17 as “Likely Democratic.”