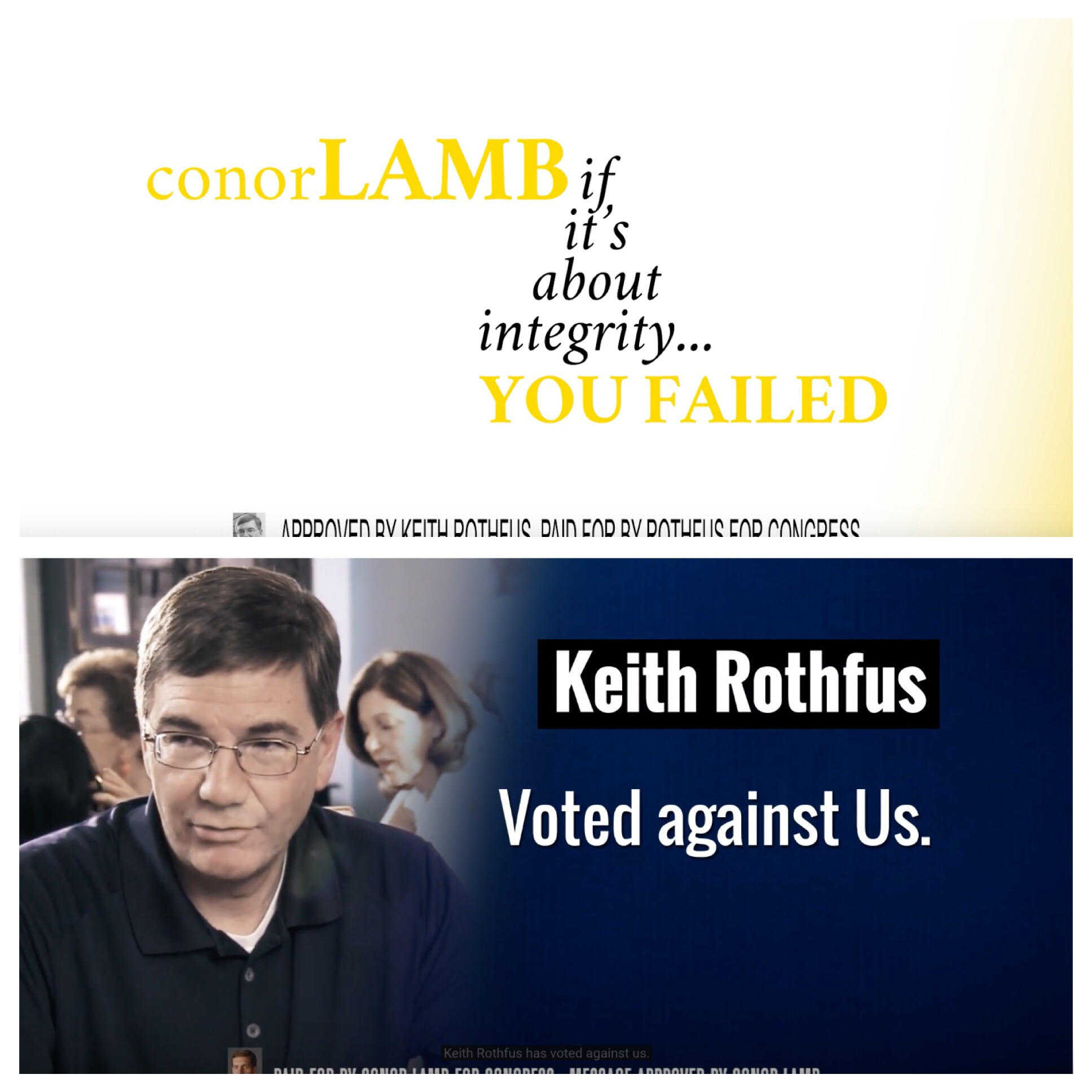 In the latest rounds of ads, both candidates have taken jabs at the other over who is better suited to represent the districts healthcare needs.

Rothfus’s 30 second ad, “Would You” attempts to paint a stark contrast between the healthcare message of his campaign and Lamb.

“Would you vote to deny terminally ill patients the right to try experimental, life-saving medications? Conor Lamb did,” the voiceover states to start the ad. “Would you vote in favor of abortion late in pregnancy, when babies feel pain? Conor Lamb would.”

The ad later states Rothfus’s previous battle with cancer shows he is keeping their interest in mind.

“Meanwhile, Congressman Rothfus, a cancer survivor, has fought and voted for the rights of terminally ill patients,” said Mike Barley, campaign spokesman. “He understands how precious life is.”

“I think people feel abandoned and they feel let down,” Lamb says to start the ad. “You know, we finally did get something done a few years ago, when we used the force of law for what it’s good for: to protect people.”

“We said insurance companies can no longer discriminate against someone just because they have cancer or they have asthma, or Alzheimer’s,” Lamb says. “And now the government wants to take that away and leave nothing in its place, other than higher bills and higher debt for people that are suffering from those conditions. I think that’s wrong, I think almost all Americans think that’s wrong.”

The latest Rothfus campaign ad, Integrity, clips parts of a previous Lamb television ad when the Democratic candidate talks about integrity and tries to tie him to big corporations.

“Conor Lamb says he doesn’t take corporate PAC money, but he took over $25,000 from corporate executives at a big bank, where his father is the lobbyist,” a voiceover in the ad states. “Lamb’s first vote in Congress, to help big banks that gave his campaign big bucks. Lamb turned out to be just another politician.”

The ad concludes by stating the Democrat has “failed” his constituents on portraying integrity.

The Lamb campaign’s most recent television ad uploaded on Youtube today piggybacks off of what candidate displays better leadership qualities and addresses Rothfus’s previous attack ads. The thirty second ad, “The Difference” reiterates Lamb’s support for protecting those with preexisting conditions and painting Rothfus as the one beholden to big pharmaceutical companies.

“Keith Rothfus has already started attacking Conor Lamb,” the voiceover says to start the ad. “Why? Because Rothfus can’t defend voting to eliminate protections for people with preexisting conditions. Or his vote to give a $50 billion tax break to big drug companies.”