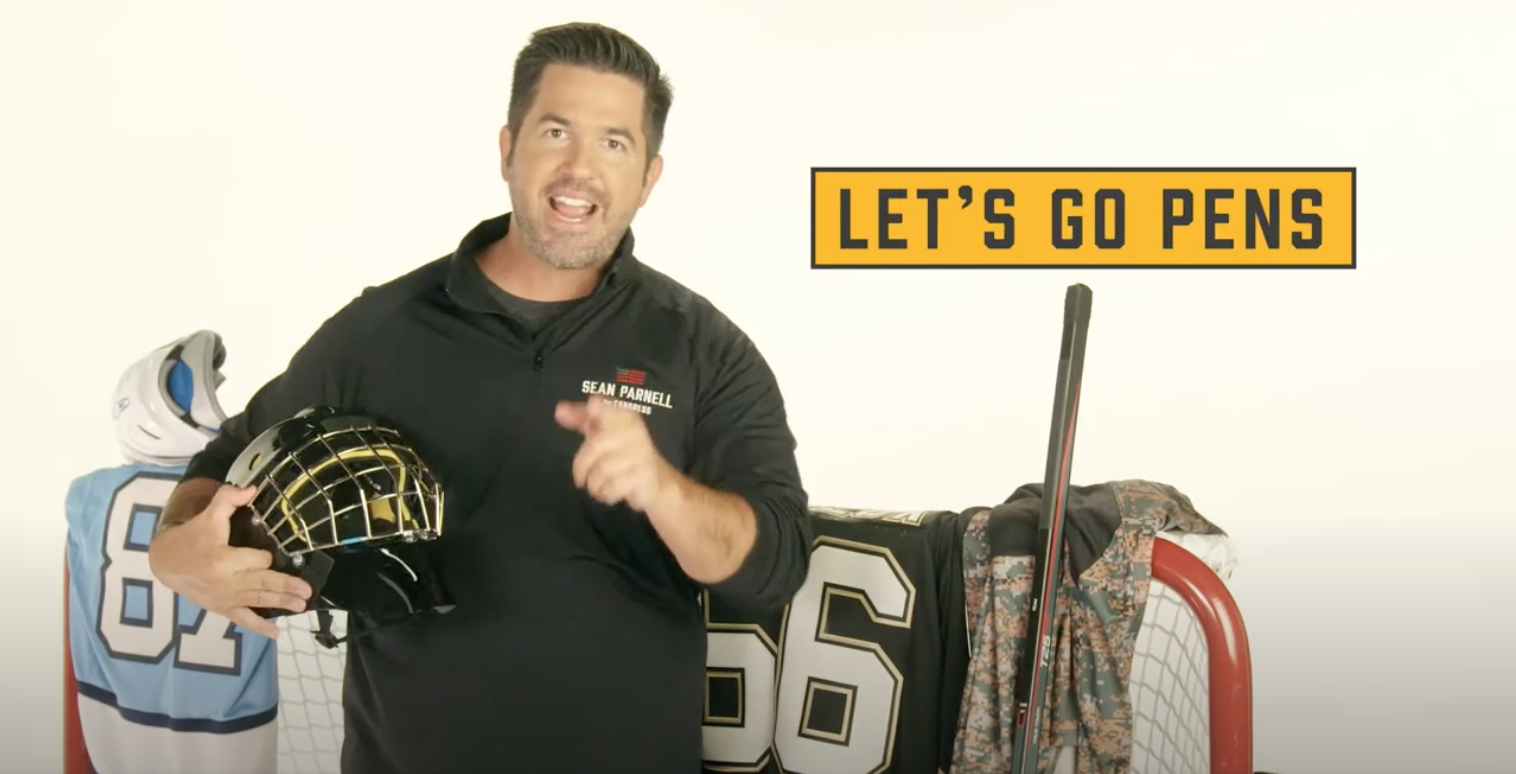 A different kind of mask.

Sean Parnell, the GOP congressional hopeful in the 17th District, released his first television ad of the general election that features two different kinds of masks – one used in public spaces to combat the spread of COVID-19 and the other to celebrate the return of the National Hockey League.

“For months, the only masks we talked about were these,” Parnell says, while holding a blue surgical mask. “And it’s important.”

“But now finally, we get to talk about a different kind of mask,” Parnell continues, while picking up a goalie’s mask. “Hockey is back.”

Parnell continues to say that he’s “fired up” for the return of the Pittsburgh Penguins and then briefly touches on his background in the military and connection to the region he’s attempting to represent.

“I’m Sean Parnell, I’m western PA through and through,” Parnell says. “I served my country in Afghanistan and now I’m running for Congress.”

“For me, it’s not about politics, it’s about service,” Parnell says. “I’m Sean Parnell and I approve this message. Now let’s go Pens.”

The campaign of Rep. Conor Lamb’s (D-Allegheny), who Parnell is attempting to unseat, did not respond for comment on the ad.

Although Parnell’s ad provides a celebratory tone about the return of the Penguins, it still stands as a unique ad for GOP hopeful’s this cycle by featuring a surgical mask.

Jim Bognet, a former Trump administration appointee who is the GOP nominee for the 8th District, first television ad during the crowded primary included the candidate saying that they will “make China pay” for the spread of COVID-19 in the United State. Rep. Brian Fitzpatrick (R-Bucks), who is running in a more moderate district, even slammed China in a TV ad for the spread of the coronavirus in the U.S.

President Donald Trump, who endorsed Parnell during the GOP primary and often shouts out in PA-centric addresses, only recently endorsed the use of wearing face masks in public to help slow the spread of COVID-19.

Trump’s campaign television ads have also largely ignored the coronavirus, as the president’s numbers on the matter are poor in the state.

A spokesperson from the Parnell campaign tells PoliticsPA that the ad first aired on Sunday night during the Penguins first game and will run a few more times during the next few Penguins playoff games.