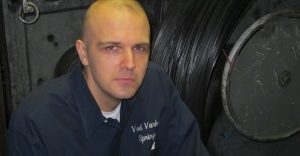 The race is now set for the 17th Congressional District.

Jesse Vodvarka, a family business owner who also previously served as a campaign manager to his father, Joe’s unsuccessful U.S. Senate campaign, ended his campaign for Congress on Tuesday.

The Beaver County Times reports that Vodvarka ended his GOP bid for the seat after a legal challenge was made to his nominating petitions. He told the Times that “by his calculations” the challenge to his petitions, which was scheduled for a hearing on Thursday in the Commonwealth Court in Pittsburgh, would have left him “about six signatures shy” of the amount needed to get on the primary ballot, calling it a “heartbreak.”

Vodvarka’s exit from the race ensures the race in November is set between Rep. Conor Lamb (D-Allegheny) and Republican Sean Parnell, a combat veteran and conservative author.

While Parnell is now the lone Republican in the race, three candidates previously announced that they were vying for the GOP nomination over the past year.

Scott Timko, a former Air Force pilot and small business owner, who was the first to formally announce his entrance into the race against Lamb in August 2019, decided to instead launch a primary challenge to state Rep. Daryl Metcalfe (R-Butler) for the 12th state House District. Brian Thomsen, a former Green Beret, MBA and business consultant, who announced he was seeking the GOP nod in October 2019 did not file nominating petitions for the seat.

In December, when three Republicans had already declared their intentions for the 17th District, President Donald Trump offered his support for Parnell’s campaign.