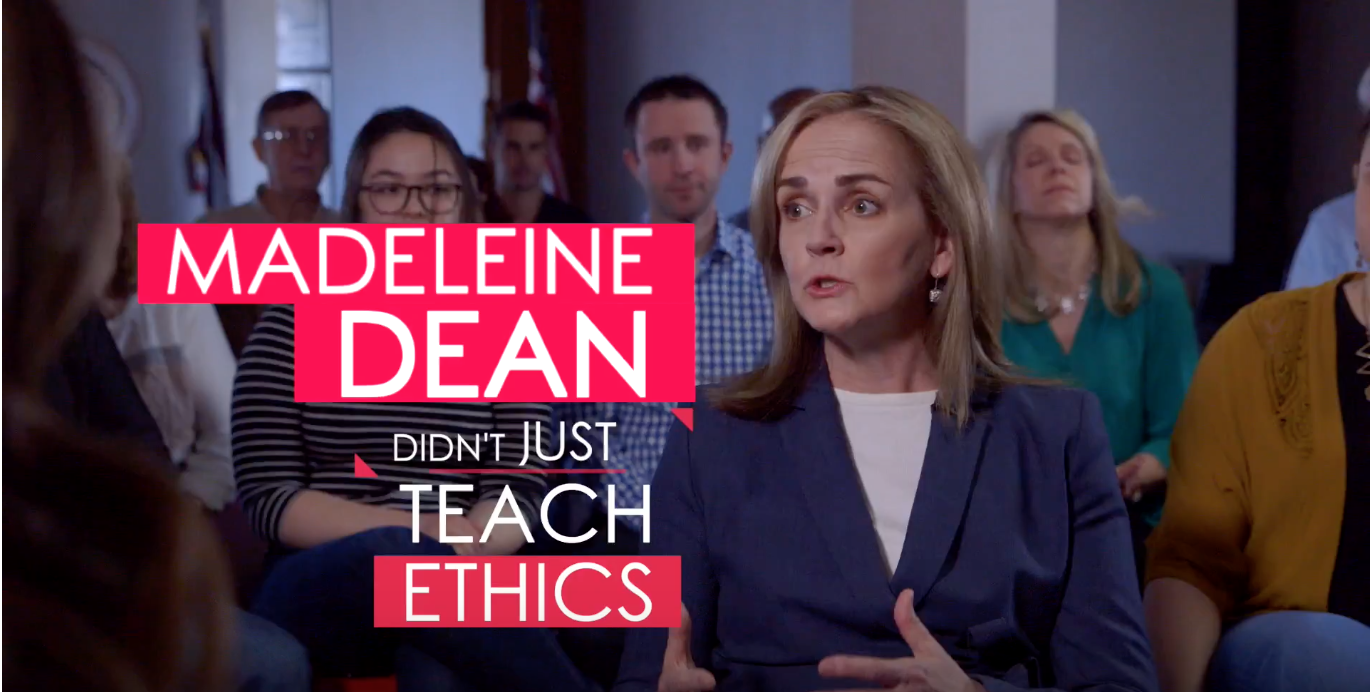 From Harrisburg to Washington?

State Rep. Madeleine Dean, Democratic candidate for Pennsylvania’s 4th Congressional District, released her first television ad of the general election cycle. The 30 second spot highlights her career in Harrisburg as a state representative and includes a clip of President Barack Obama touting her record at a rally.

“Moms who fought to protect our kids from gun violence, like Madeleine Dean,” Obama says to start the ad. “Madeleine taught ethics in college, so, you know we need that in Congress.”

The rest of the ad details some of the issues she stood for as a state representative that she will bring with her to Congress.

“In Harrisburg, Dean challenged her own Party to support reform. She refused the taxpayer-funded car, said No to per diems,” the voiceover in the ad says. “In Congress, Mad will be just as tough.”

The David campaign believes Dean is attempting to highlight ethics for a reason.

“It’s easy to see why Madeleine Dean spends so much airtime reassuring skeptical voters about her ethics,” said Brad Vasoli, David’s Campaign Manager. “After she failed to be transparent about her family business’s non-U.S.-based partners as well as the meager wages they pay to workers at their factory in China, the subject of her ethics is very much on voters’ minds in this district.”

The Republican candidate has continually taken shots at Dean over her husbands retail bicycle business according to the Inquirer. She denied that her husband’s firm paid those wages and said she is not involved with the company in an interview with the Inquirer and wanted to remind David that she is facing her for office, not her husband.

David’s first television ad boasted about his background as a co-founder of a global-equities research firm that exposed “over $15 million in financial fraud.”

The newly drawn district was won by Sec. Hillary Clinton in 2016 by 20 points.