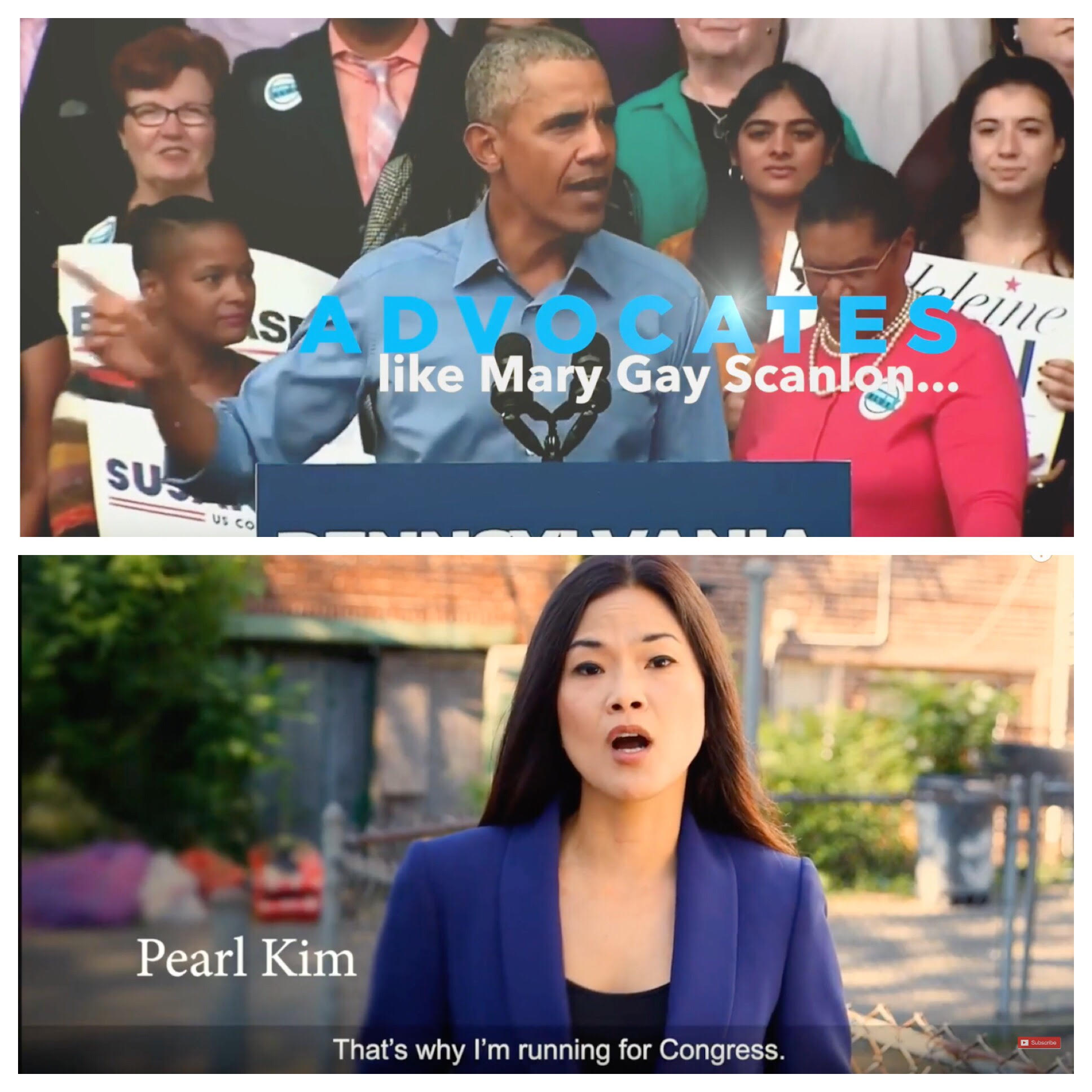 Speaking up for those in need.

Candidates for the newly drawn 5th district released their first television ads of the general election cycle centering their message around championing those who need an advocate the most.

Republican Pearl Kim and Democrat Mary Gay Scanlon are going head to head for the open seat in the only Congressional race in Pennsylvania between two female candidates.

“There are advocates who fight for Americans in need, like Mary Gay Scanlon,” Obama says starting the ad.

“Families in this region deserve an advocate in Congress who will represent the values most important to them, like fully funding our schools, making healthcare accessible and affordable…that our seniors shouldn’t have to worry about earned benefits like Social Security and Medicare being cut, and that our government should work for people, not against them,” said Gabby Richards, Scanlon’s Communications Director. “These are time-tested values not only at the heart of the Democratic Party, but values at the heart of who Mary Gay is.”

Kim’s thirty second ad details personal information, while vouching for those who she says are “hurting.”

“I see the forgotten. I hear the voiceless,” Kim says to start the ad. “I am a sexual assault survivor. I am a cancer survivor.”

“My parents came to America with nothing. That’s why I’m running for Congress,” Kim says. “If someone is hurting, I’m helping.”

The GOP candidate goes on to share her record as a prosecutor who took on causes standing up for the vulnerable.

“I’m Pearl Kim and I approve this message because I actually give a damn,” Kim says in the closing of the ad. “Send me to Washington to fight for our American dream.”

The newly drawn 5th district, mainly located in Delaware County, with a small fraction of Philadelphia, is much more Democratic friendly in comparison to the previous 7th district represented by former Rep. Pat Meehan (R-Delaware).

Sec. Hillary Clinton won by nearly 30 points in the new boundaries, while Obama won the area by over 25 points in 2012.