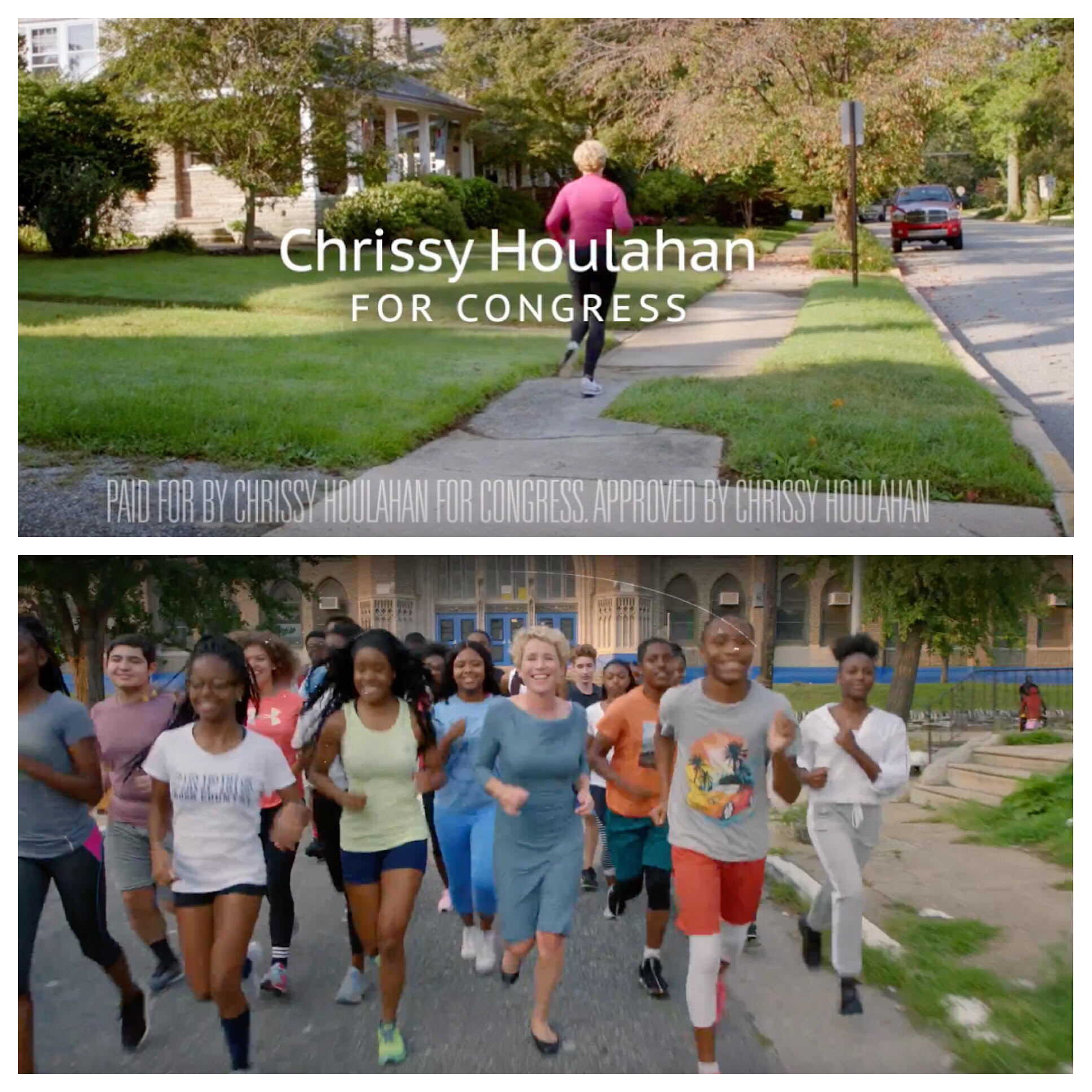 Today, Democratic candidate for Pennsylvania’s 6th Congressional District, Chrissy Houlahan released her first television ad of the general election cycle. The 30 second ad, “Service” depicts Houlahan running through different stages of her life, while detailing her upbringing and professional career leading up to her run for Congress.

“This is my life,” Houlahan says to start the ad as she is running outside of a house. “Dad served in the Navy. We lived in 10 homes in 12 years. My Mom taught me to love math and science.”

Houlahan continues to detail her professional career in the ad from earning a scholarship, becoming an engineer, serving in the Air Force, and several more careers leading up to her bid for public office.

“This ad perfectly captures Chrissy’s deep roots of service to her country and to the people of Southeastern Pennsylvania,” said Houlahan campaign spokesperson, Matt Sonneborn. “Chrissy has spent her life lifting and serving the people around her as a teacher, a job creator and as an engineer in the U.S. Air Force. As you watch the ad, you see those values building around Chrissy as she runs, culminating in the core message: she’s running for all of us, to continue serving her country and her community.”

The newly drawn boundaries for the district went to Sec. Hillary Clinton in 2016 by nearly 10 points.

The McCauley campaign finds the ad to be disingenuous.

“She has no platform, no original ideas or solutions for the disfunction in DC,” said Maureen McCauley, campaign spokesperson. “So she’s trying to portray herself as an innocent young child running through the streets of a working class neighborhood, yet she is a greedy woman who made a fortune paying children in China 34 cents an hour, which is slave wages.”

The Houlahan campaign previously disputed the wage claim, saying a report on the subject focused more on a neighboring factory than the one operated by her company.