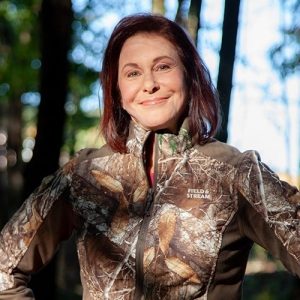 The Trump endorsed candidate moves on to the general election.

Lisa Scheller, a former Lehigh County Commissioner and businesswoman who was endorsed by President Donald Trump, has won the Republican primary for the 7th Congressional District.

Scheller captured 51.8% of the vote, while Dean Browning, also a former Lehigh County Commissioner and businessman, garnered 48.2% of the vote. The AP called the race for Scheller on Wednesday afternoon.

#PA07 – Thank you! Our campaign to protect the American Dream took a GIANT step – but our work is far from done. Our fight is only just beginning. It’s time to elect a STRONG leader for the Lehigh Valley, and I’m ready to be that congresswoman. Join me: https://t.co/7N3kTHWJxk pic.twitter.com/NQ3OL2mPdR

Both candidates made an effort in the race to distinguish themselves as the “pro-Trump candidate,” through an ad campaign that ramped up in the final weeks of the primary in which each candidate pledged their loyalty to Trump and attempted to tie the other with House Speaker Nancy Pelosi (D-CA).

Trump officially weighed in the race on May 22 in a string of tweets endorsing House candidates in Pennsylvania. Even after Scheller was delivered the endorsement, Browning responded by tweeting at Trump asking if Scheller supported Trump’s bid in 2016. Browning cited a previous donation that Scheller made to Ohio Gov. John Kasich’s campaign in 2016.

Prior to the Trump endorsement, Scheller also received the backing of House Minority Leader Kevin McCarthy (R-CA) and was selected as one of four GOP candidates in the state for the National Republican Congressional Committee’s “Young Gun” program.

Scheller will go on to face Rep. Susan Wild (D-Lehigh) in November. Wild was first elected to the district in 2018 after defeating Republican Marty Nothstein by 10 points. Nothstein captured the GOP nomination in 2018 by a razor thin margin over Browning. In 2016, the district boundaries narrowly went for Sec. Hillary Clinton over Trump.

7 thoughts on “PA7: Trump Endorsement Puts Scheller Over the Top”