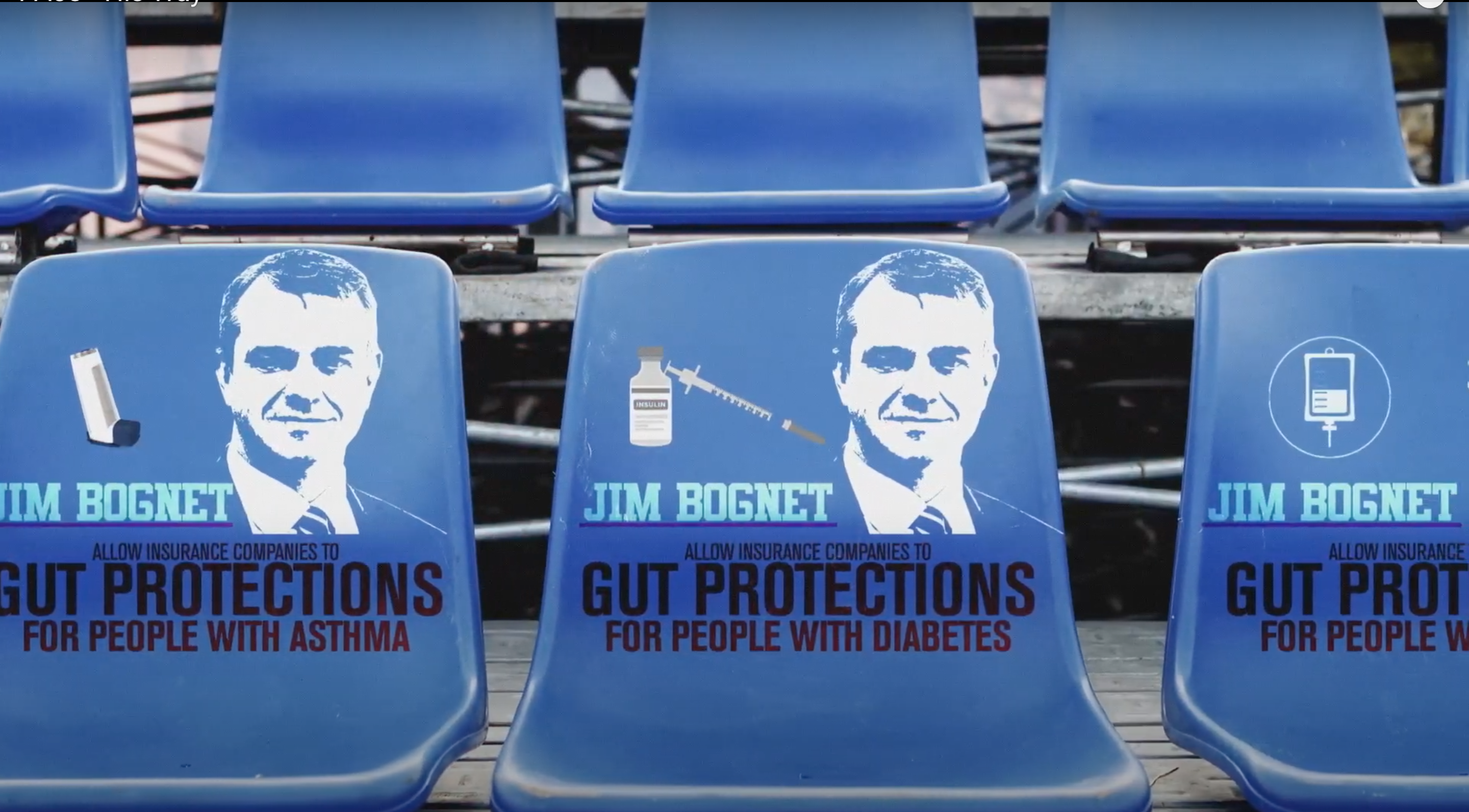 House Majority PAC, a Democratic super PAC endorsed by House Democratic leadership, launched its first television ad for the race in PA8 this cycle. In the 30 second spot, “His Way,” the PAC hits GOP challenger Jim Bognet on healthcare.

“Our baseball stadium holds ten thousand people,” a voiceover says in the beginning of the ad, as the camera pans over PCN Field, where the Scranton/Wilkes-Barre RailRiders play. “Nearly 300,000 Northeastern Pennsylvanians with pre-existing conditions could lose their health care coverage — if Jim Bognet has his way.”

The ad pivots to painting Bognet, a former Trump administration appointee, as an outsider to the region, while furthering the attacks on healthcare.

“Before running for Congress, Bognet worked as a Washington political bureaucrat,” the ad continues. “No wonder Bognet supports a radical Washington agenda — allowing insurance companies to gut protections for people with pre-existing conditions.”

“When Jim Bognet wins. We lose.”

Bognet addressed the attack ad in a 1 minute long video posted to Twitter on Wednesday afternoon, saying that he supports covering those with pre-existing conditions, while citing the health condition of his parents.

“As of this morning, Nancy Pelosi, Matt Cartwright, and their liberal allies in the swamp are spending a million dollars to lie about my record on pre-existing conditions,” Bognet said in his response video. “My Mom has diabetes, My Dad’s a cancer survivor. He has one kidney and also survived a major heart attack.”

“I believe we must protect people with preexisting conditions, we must strengthen healthcare for everyone, and we must make sure everyone has access to treatment, just like my parents did,” Bognet continued.

He mentions Pelosi’s name two more times in the video and says that his campaign will “take power away from the swamp” and bring it back to Northeast Pa.

Bognet’s first TV ad of the general election detailed his support for protecting pre-existing conditions, while explaining his return to the region, due to his father having a heart attack and coming back home to “help out.” That ad also seemed to be a response to Cartwright’s opening TV ad, that highlighted the GOP challengers opposition to the Affordable Care Act, that provided the coverage for those with pre-existing conditions. Bognet describes the ACA as a “disaster” on the issues page of his campaign.

Prior to Bognet’s candidacy for the 8th District, he worked on GOP campaigns across the county, including former Rep. Lou Barletta (R-Luzerne), Sen. John McCain and Gov. Mitt Romney’s presidential campaigns, and more.